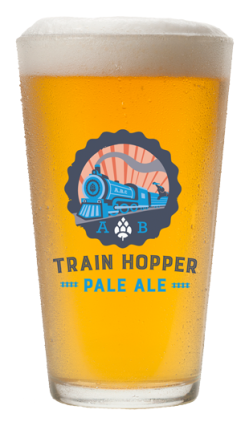 In an effort to accommodate those amongst us that suffer from a gluten allergy or sensitivity, Avondale Brewing Co. has officially expanded their Year-Round lineup to include a hop-laden, gluten free-option.  Train Hopper is an “assertively hopped” American Pale Ale that employs the use of new hop varietals to provide “big notes of citrus, tropical fruit, and pine.”  At 5.5% ABV and 50 IBUs, Train Hopper is sure to quench the thirst and satisfy the hop craving of any craft beer fan – gluten intolerant or not.

Like all Avondale brews, Train Hopper’s name tells a story.  Here is the inspiration behind this offering:

“Before she called Avondale home, our darling Miss Fancy the elephant was a circus marvel traveling by train from city to city. When the movement of the train failed to rock her to sleep, she often indulged in ales to calm her nerves and pass the time.”

Train Hopper Pale Ale is available as a draft-only offering as of March 1.  This new Year-Round release can be found at craft beer bars, restaurants and growler stations in Avondale Brewing’s distribution area in Alabama.  Get your hop fix without the gluten by checking out Train Hopper Pale Ale the next time you place your order at the bar.  Prost!