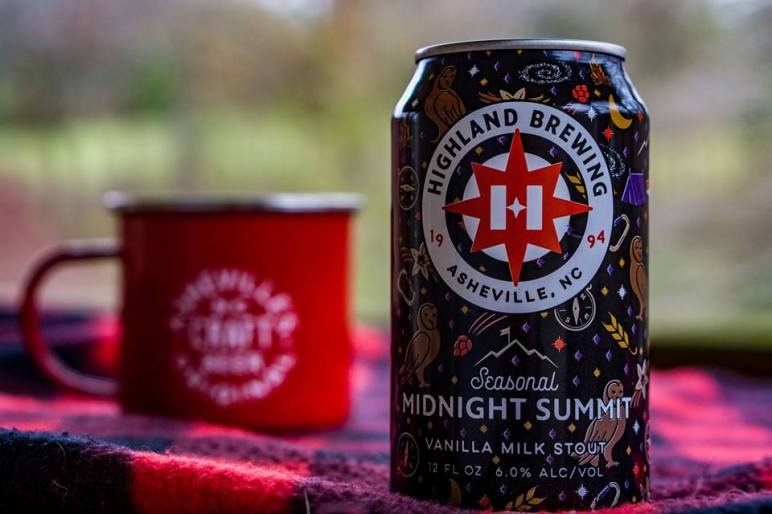 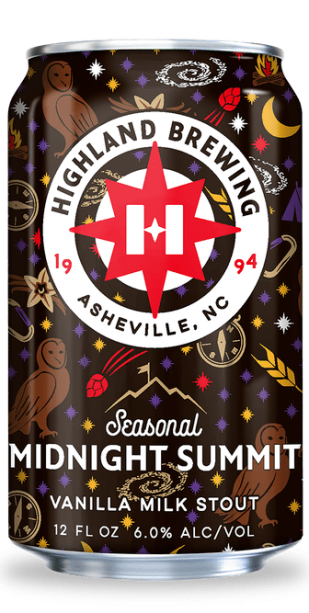 Surfacing just in time for the cold winter nights ahead of us, Midnight Summit is a Milk Stout that blends “trails of smooth, creamy vanilla . . .  with shades of chocolate and coffee.”  Weighing in at a comforting 6% ABV, Midnight Summit “is a beer that is best enjoined by a roaring fire while the snow falls outside.”

Midnight Summit will make its official debut at a Release Party at Highland Brewing on December 21 and is scheduled to enter distribution at or around that date.  You can expect to find this new Seasonal offering available in 6-packs of 12 oz. cans and on draft at select craft beer-friendly establishments located in Alabama, Florida, North Carolina and throughout the rest of Highland Brewing Company’s distribution footprint in the Southeast.  Prost!