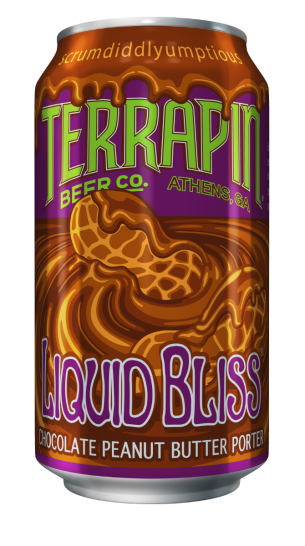 Originally introduced as Side Project – Vol. 18, promoted to Year-Round status in 2014 and then abruptly retired three years later, Liquid Bliss has officially returned with updated artwork and its first ever availability in 12 oz. cans.  If you missed this offering the first time around, Liquid Bliss (6.1% ABV) is a decadent, Zen-inducing Porter that will open your eyes and mind to “the harmonic togetherness of chocolate and peanut butter as it takes you to a place that you never thought possible… a Liquid Bliss.”

Due to “limited capacity and market focus”, Terrapin has decided to launch Liquid Bliss later this month (January 2019) in Georgia and Florida only.  You can expect to find this Limited Release available in 6-packs of 12 oz. cans and on draft at select craft beer-focused establishments located in those two states.  If things go well during this market study, it is possible that Liquid Bliss could see expanded distribution in the future.  Prost!