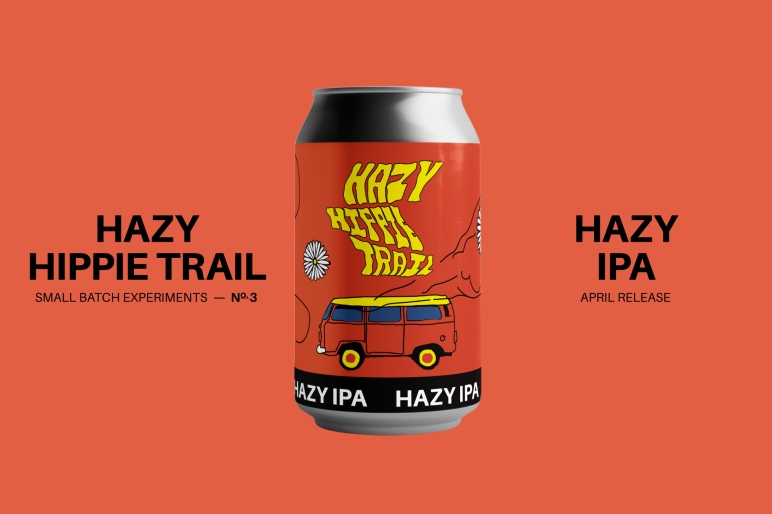 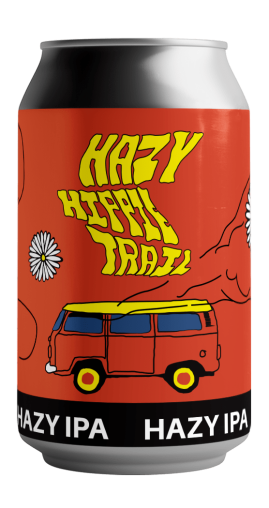 Acting as Iron Fist’s “entry into the much loved world of hazy brews”, Hazy Hippie Trail is a Hazy/Juicy India Pale Ale “brewed with absurd amounts of Citra and Amarillo hops.” This hop bill produces an “aroma of citrus, floral hops, and pineapple juice” and “big, bold flavors of herbal dank hop flowers, bitter melon rind and stone-fruit.” Despite weighing in at 6.5% ABV, Hazy Hippie Trail remains “highly drinkable” and is “rounded by a full body and moderate bitterness.”

“Hazy IPAs feel almost fad-like in the market right now, so as with all fads we thought it better to relax a little and wait to jump on the bandwagon. We wanted to develop something that represented how we brew rather than being first to the market. The vision here was to brew a quality Hazy beer. The theory with Haze is that protein and yeast haze will hold on to the hop flavors and release them with a bang; mouth feel is increased, and the drinker has a full bodied hop experience. Though, the problem with this approach is that it can allow the Hop/Haze to cover up bad brewing techniques. In the case of HHT, we made a moderately hazy beer that gets most of its haze from protein (AKA chill haze). We chose a yeast that would settle out and leave room for the massive amount of hops we used and then un-muddled the beer of yeast, creating a deliciously clean Hazy profile. Kind of sophisticated Hippie, I guess. The ultimate chill-out beer.”

A sneak peek of Hazy Hippie Trail will take place at Petco Park during Padres Opening Day on March 28.  The official draft release of Hazy Hippie Trail will begin on April 5 and a limited-edition run of 500 cans (12 oz.) “will be announced shortly thereafter, via Iron Fist’s social media channels.”  This Small Batch offering will be available “exclusively in Iron Fist’s Vista and Barrio Logan taprooms, with a small amount pouring at the Iron Fist SuperCart at Petco Park.”  Prost!