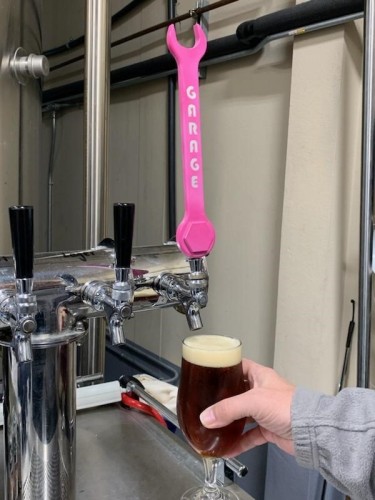 Garage Brewing Co. (Temecula, California) has officially announced that it will release Hop ‘N Boots, a limited-edition Red India Pale Lager brewed in collaboration with and support of the Pink Boots Society and women in the brewing industry, on April 19.

“Girls rock! How important is it to have women in the craft beer industry? Extremely important,” Laura Ulrich, Pink Boots Society’s president said via email. “We want diversity in our beer and we also want it in our business. We have great palates, amazing beer knowledge and we make some really great beer.”

“I love how we all come from different paths which means we all bring something different to the brewing process,” said Maurine Frey, Garage Brewing Co.’s microbiologist and project lead on Hop ‘N Boots. “Relationships and friendships are formed with people we might not have met.”