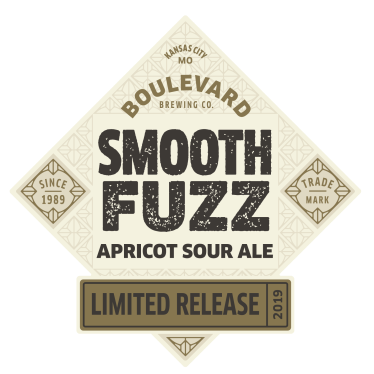 Boulevard Brewing Co. (Kansas City, Missouri) has officially announced that it will begin the Limited Release of Smooth Fuzz Apricot Sour Ale on Monday, May 6.

Crafted to provide a taste of summer while taking full advantage of apricot season, Smooth Fuzz (7.2% ABV) is a “tart and funky” American Sour Ale comprised of a “mélange of Belgian-style ales fermented and aged in oak barrels and foeders for up to 36 months.”  Prior to bottling, the final blend was further aged on “whole apricots . . . to infuse juicy stone fruit flavors which mingle with the mixed fermentation character provided by [Boulevard’s] house lactobacillus and brettanomyces cultures.”

Smooth Fuzz will roll out in the Greater Kansas City area on May 6 and is expected to enter wider distribution in the weeks that follow.  You can expect to find this Limited Release offering available in 750ml bottles and on draft at craft beer-focused establishments located in Missouri and all other areas that “typically see Smokestack Series, Limited Release and seasonal beers like Plaid Habit, Chocolate Ale and Love Child blends.”  Prost!