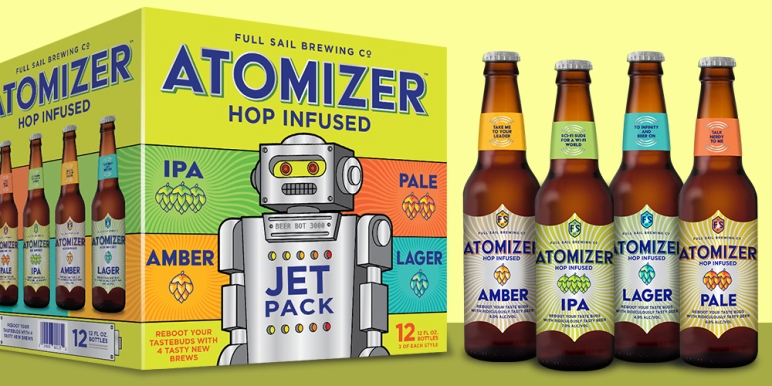 Assembled as a means of showcasing Full Sail’s new “high-tech, top-secret, hop-infusion method” that has the ability to enhance a beer’s overall hop aroma and flavor, the Atomizer Jetpack is a mixed 12-pack that contains all four current releases in the brewery’s newly-established Atomizer brand of craft beer.  The featured Atomizer offerings and their descriptions are as follows (descriptions sourced directly from the brewery’s press release):

“Innovation is key in craft brewing,” says Full Sail Brewmaster Greg Doss. “And developing the proprietary Atomizer method for infusing hops is as innovative as it gets. It’s been a blast from the future to brew these four new beers.”

The Atomizer Jetpack is officially rolling out now and will have Year-Round availability moving forward.  You can expect to find this new Variety 12-pack of 12 oz. bottles at select craft beer-friendly retailers located in Florida, Oregon and throughout the rest of Full Sail Brewing Co.’s distribution area.  Prost!