Boulevard Brewing Co. (Kansas City, Missouri) has officially announced that it will celebrate three decades of brewing with the Limited Release of 30th Anniversary Ale, a blend of eight barrel-aged beers, in September 2019.

Inspired by John McDonald’s – Founder of Boulevard Brewing Co. – desire to “do something different” and Ryan McNeive’s – Lead Brewer of the barrel-aging program at Boulevard Brewing Co. – love for port wine, 30th Anniversary Ale is an “elegant, complex blend of barrel-aged beers” that captures “aspects of that wine style, but blended with Belgian ales to create a complex barrel-aged beer.” The final blend is comprised of the following offerings:

The final blend of 30th Anniversary Ale comes in at 12% ABV and offers aromas of “rich caramel and chocolate, vanilla, whiskey [and] toasted oak” alongside flavors of “caramel, toffee, chocolate [and] espresso.”

30th Anniversary Ale is scheduled to release in September 2019 and will be available as long as supplies last.  You can expect to find this Limited Release available in 750ml bottles and on draft at select craft beer-friendly establishments located in Alabama, Florida, Missouri and throughout the rest of Boulevard Brewing Co.’s distribution area.  Prost! 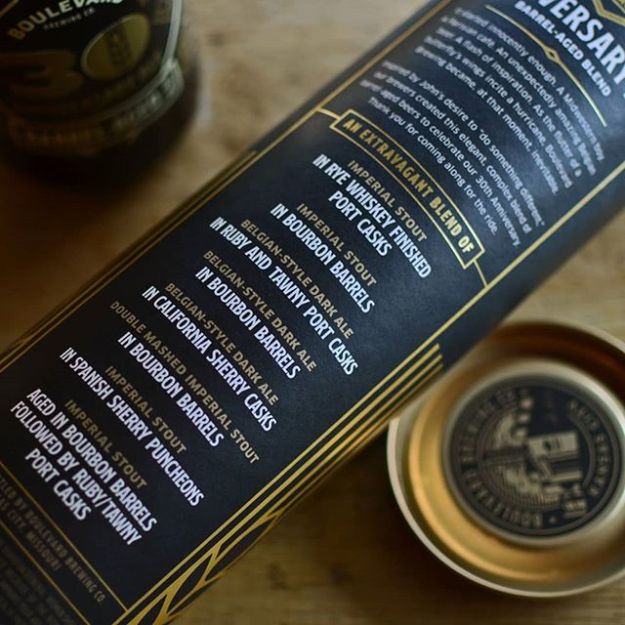