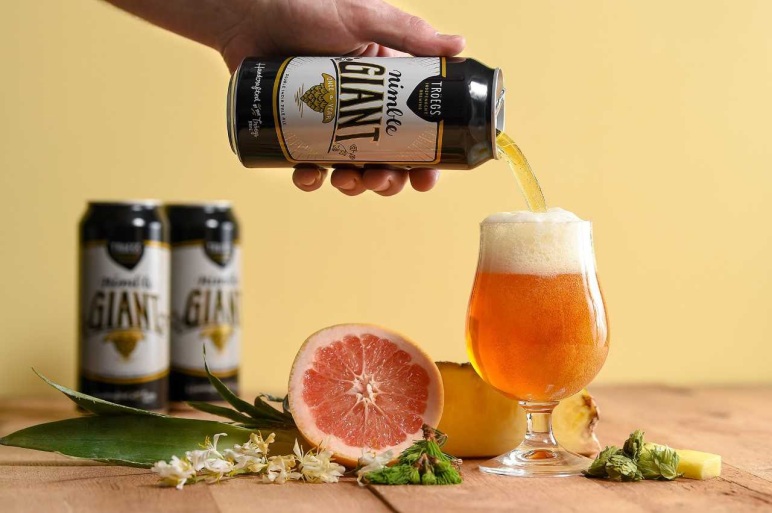 Tröegs Independent Brewing (Hershey, Pennsylvania) has officially announced that it will begin the Annual Release of its fan-favorite Nimble Giant Double IPA in early June 2020.

The cumulative result of Tröegs Independent Brewing’s “first experiments with Mosaic hops” in its small-batch Scratch Series, Nimble Giant is a Double India Pale Ale that showcases Mosaic alongside Simcoe and Azacca hops. Coming in at 9% ABV and 69 IBUs, Nimble Giant “gracefully boasts grapefruit rind, pineapple and honeysuckle notes with a hint of earthy forest floor. Behold the wonder!”

Nimble Giant is rolling out now in Central Pennsylvania, Philadelphia and Pittsburgh, and full distribution is scheduled to follow in the later weeks of June 2020. You can expect to find this Limited Release available in 4-packs of 16 oz. cans and on draft at select craft beer-focused establishments located within Tröegs Independent Brewing’s full distribution footprint for as long as supplies last. Prost!