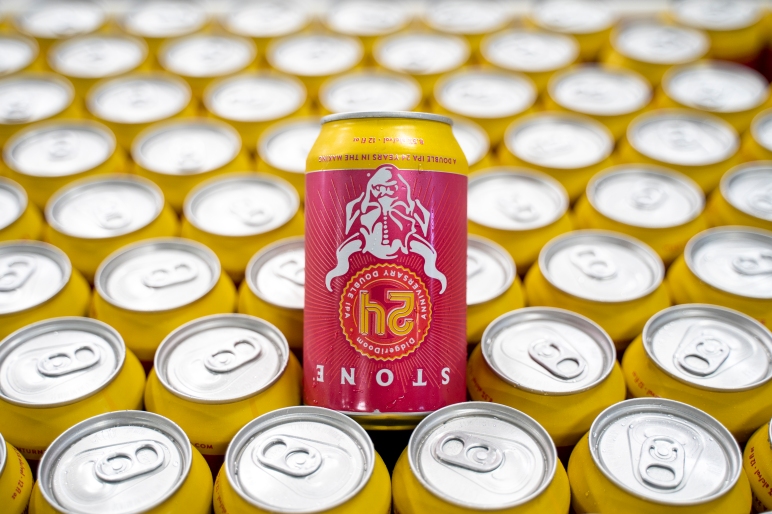 Stone Brewing (Escondido, California) has officially announced that it will begin the Limited Release of Stone 24th Anniversary DidgeriDoom Double IPA in mid-August 2020.

Stone 24th Anniversary DidgeriDoom Double IPA is available now at all of Stone Brewing’s Southern California locations (availability at Stone Brewing’s Napa and Richmond, Virginia locations will begin the week of August 24) and in the brewery’s online store for direct shipping to California addresses only. Distribution in California is scheduled to begin in the “coming days and weeks,” and you can expect to find this Limited Release available in 6-packs of 12 oz. cans, 22 oz. bottles and on draft at craft beer-focused establishments in California only. There is no word at this time as to if or when Stone 24th Anniversary DidgeriDoom Double IPA will see distribution outside of California. Prost!