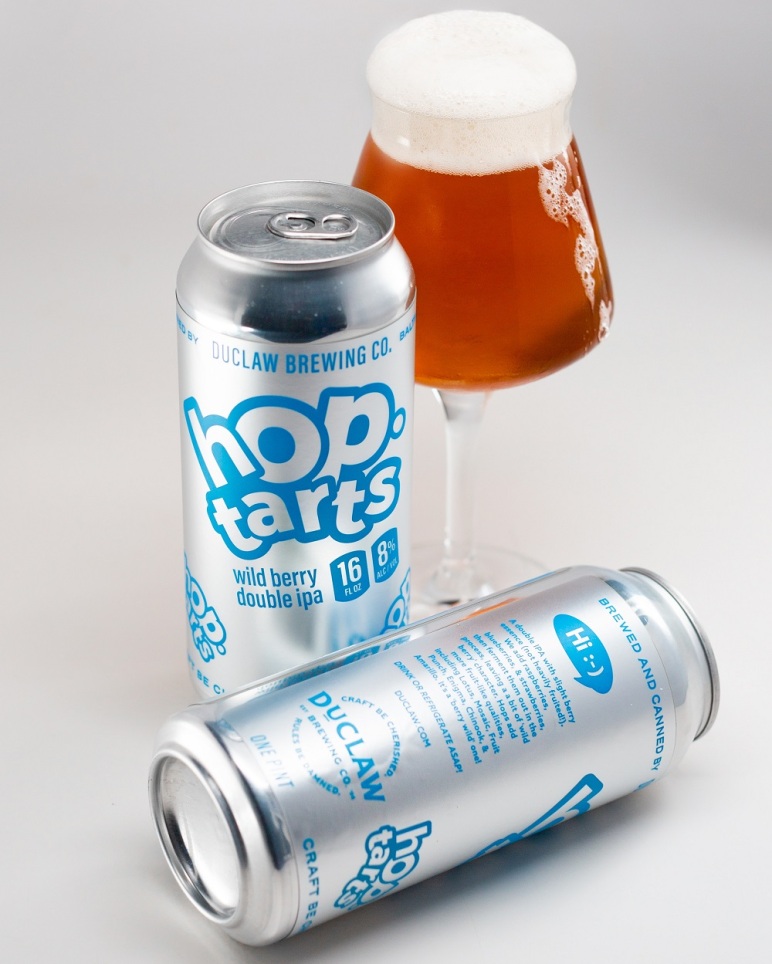 DuClaw Brewing Co. (Baltimore, Maryland) has officially announced that it will begin the Limited Release of Hop Tarts, a Wild Berry Double IPA, in early November 2020.

Here to bring some childhood breakfast nostalgia to your IPA experience, Hop Tarts is a Double India Pale Ale that gets a “slight berry essence achieved by adding raspberries, blueberries and strawberries during fermentation (a majority which ferments out of the beer during this process).” Fruity but not heavily fruited, Hop Tarts (8% ABV) gets a good deal of its fruitiness from a juicy hop bill comprised of Lotus, Mosaic, Amarillo – Fruit Punch, Enigma and Chinook hops.

Hop Tarts is scheduled to debut in early November and will hang around only as long as supplies last. You can expect to find this Limited Release available in 16 oz. cans at select craft beer-focused establishments located in Alabama, Florida, Maryland and throughout the rest of DuClaw’s distribution footprint. Prost!