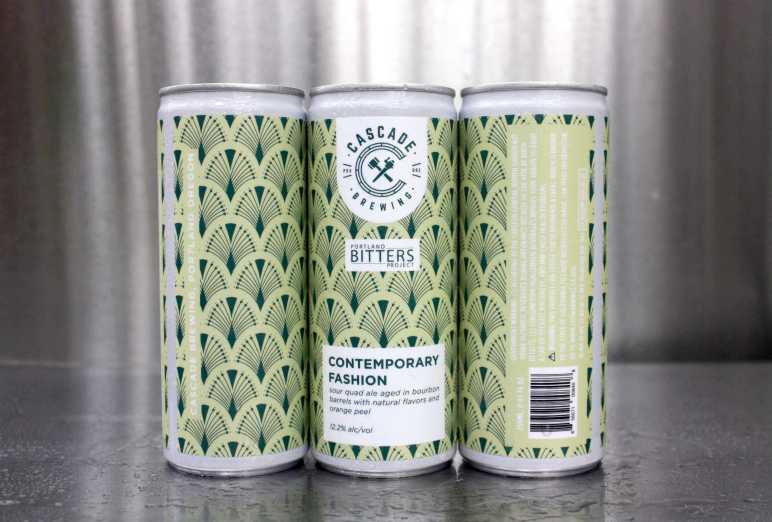 Cascade Brewing (Portland, Oregon) has officially announced that it will begin the Limited Release of Contemporary Fashion, a cocktail-inspired collaboration with Portland Bitters Project (Portland, Oregon), in early January 2021.

Carefully crafted to be a “tribute to the Old Fashioned cocktail,” Contemporary Fashion is “Sour Quad Ale aged in Bourbon barrels for up to two years with orange peel, then infused with aromatic bitters made by Portland Bitters Project.” Coming in at 12.2% ABV, Contemporary Fashion “captures notes of bourbon and fresh orange peel with a complex botanical bouquet and a soft malt sweetness.”

Contemporary Fashion debuted at Cascade’s two Portland pubs – Cascade Brewing Barrel House and Lodge at Cascade Brewing – on January 8 and entered distribution on Monday, January 11. You can expect to find this Limited Release available in 4-packs of 250ml slim cans and on draft at select craft beer-focused establishments located in Alabama, Florida, Oregon and throughout the rest of Cascade’s distribution area. Prost!