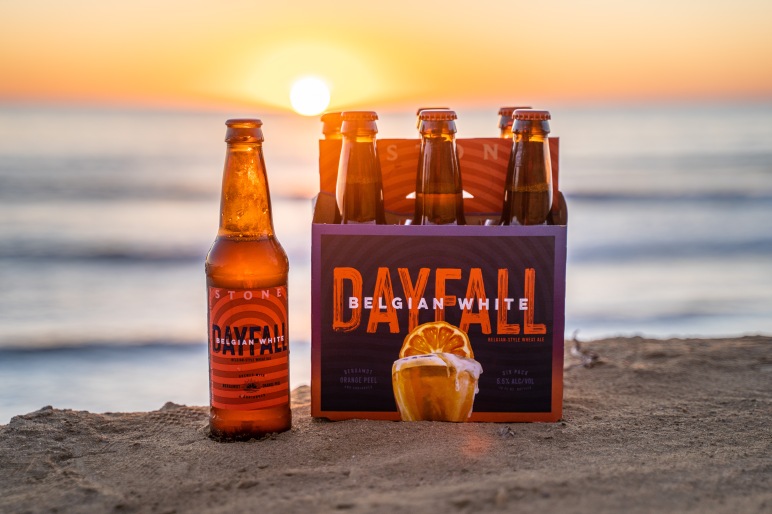 Stone Brewing (Escondido, California) has officially announced that it will begin the Limited Release of Stone Dayfall Belgian White in early March 2021.

Dropping as the latest offering to come out of the Stone Pilot Series of “unique, high-potential innovations for consideration in Stone’s year-round lineup,” Stone Dayfall is a Belgian-style White Ale “brewed with Bergamot orange peel and coriander.” These gorgeous ingredients provide a flavor “ripe with citrus up front followed by floral and light herbal notes” and aromatics filled with “orange, spice and honey . . . alongside subtle notes of graham cracker.” Coming in at 5.5% ABV, Stone Dayfall “is expressive of the brewery’s celebrated past and its bright new beginnings.”

Stone Dayfall Belgian White debuted on March 1 and will be available for a limited time (unless Stone Brewing decides to promote it to Year-Round status). You can expect to find this Limited Release available in 6-packs of 12 oz. bottles, 12-packs of 12 oz. bottles and on draft at select craft beer-focused establishments located in Alabama, Florida, California, Virginia and throughout the rest of Stone Brewing’s nationwide distribution network. Prost!