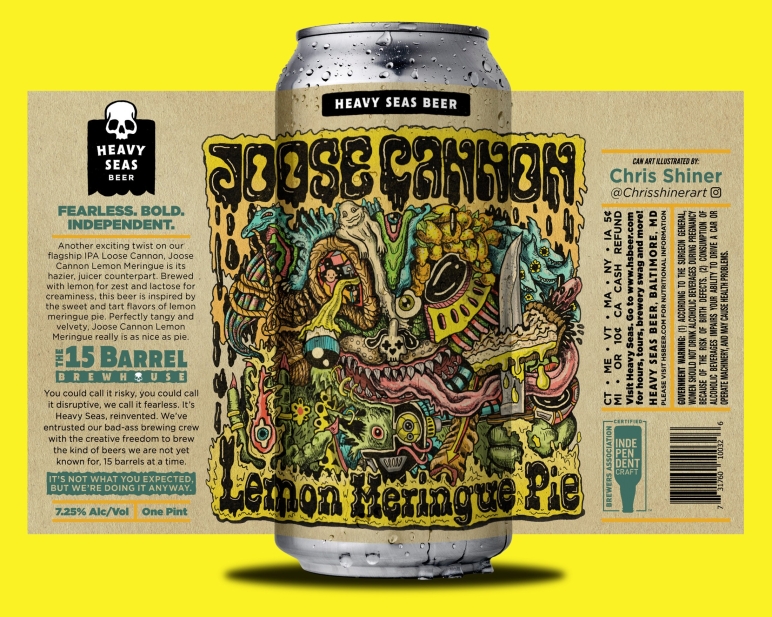 “With the success of Joose Cannon Key Lime Pie in 2020, we knew we wanted to experiment with a lemon meringue spin on Joose Cannon this spring.” says Heavy Seas Associate Brand Manager, Amanda Zivkovic. “Lemon meringue pie is such a delicious spring-time treat, and this beer really captures that balance of sweetness and tanginess!”

“Ah, yes, this was a fun one,” says Brewmaster Christopher Leonard. “We had such a blast with the Key Lime Pie version last year, and, well, 2020 just gave us nothing but lemons. So, let’s make Lemon Meringue Pie Joose Cannon in 2021! Loads of Citra hops and (no surprise here) many gallons of lemon juice blend nicely with lactose and just a hint of vanilla to provide that ‘whoa! It’s pie-in-a-glass,’ experience. Enjoy!”