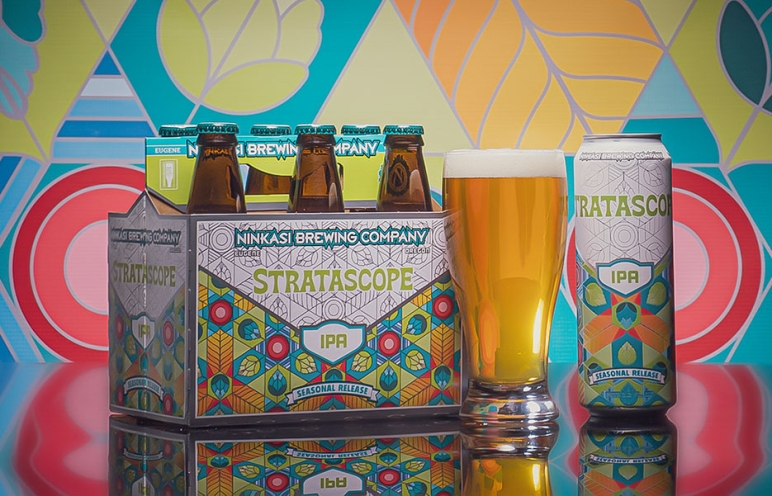 Originally developed on Ninkasi’s “innovative small-batch system in February 2020 and then scaled up to production levels for this release,” Stratascope IPA is an American India Pale Ale that “strongly features the Strata hop.” Coming in at 6.4% ABV and 49 IBUs, Stratascope IPA allows “Strata’s hop character of stone fruits like apricot and peach [to] dance with passionfruit and grapefruit atop a light dank platform to create a powerful geometry that’s ready to dazzle from within.”

“Our pilot brewing system has allowed us to innovate in new ways,” said Director of Brewing Operations Dr. Daniel Sharp. “It’s fun to experiment with these new hops to create some delicious new beers with the complex aroma and flavor profiles they emit.”