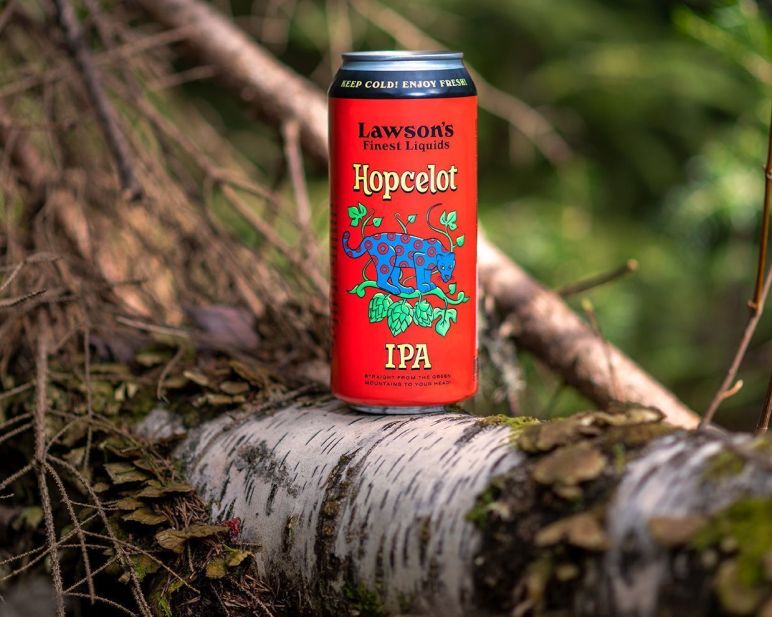 Lawson’s Finest Liquids (Waitsfield, Vermont) has officially announced that it will begin the Limited Release of Hopcelot IPA during the first week of July 2021.

Originally brewed to “celebrate the 15th anniversary of the popular Vermont band The Grift,” Hopcelot is an American India Pale Ale “brewed with a diverse blend of [eight] hops, from the U.S. Pacific Northwest, Australia and New Zealand, giving the beer a complex flavor profile that boasts a dank punch of citrus and pine, yielding to a fruity finish.” Coming in at 7% ABV, Hopcelot “is a gloriously complex IPA that delights the senses.”

“Our fans ask us all the time about Hopcelot and its availability, so we’re incredibly excited to bring it back with expanded distribution,” said Sean Lawson, Founding Brewer and CEO of Lawson’s Finest Liquids. “We’re looking forward to sharing it with a much larger audience than we have before. The bright red can and the artwork really pop and pay homage to our musical connection with this beer, and we think people are really going to enjoy the dreamy combination of hop flavors and aromas.”

Hopcelot is rolling out now and is scheduled to hang around through August 2021. You can expect to find this Limited Release available in 16 oz. cans and on draft at select craft beer-focused establishments located in Vermont and throughout the rest of Lawson’s nine-state distribution area. Prost!