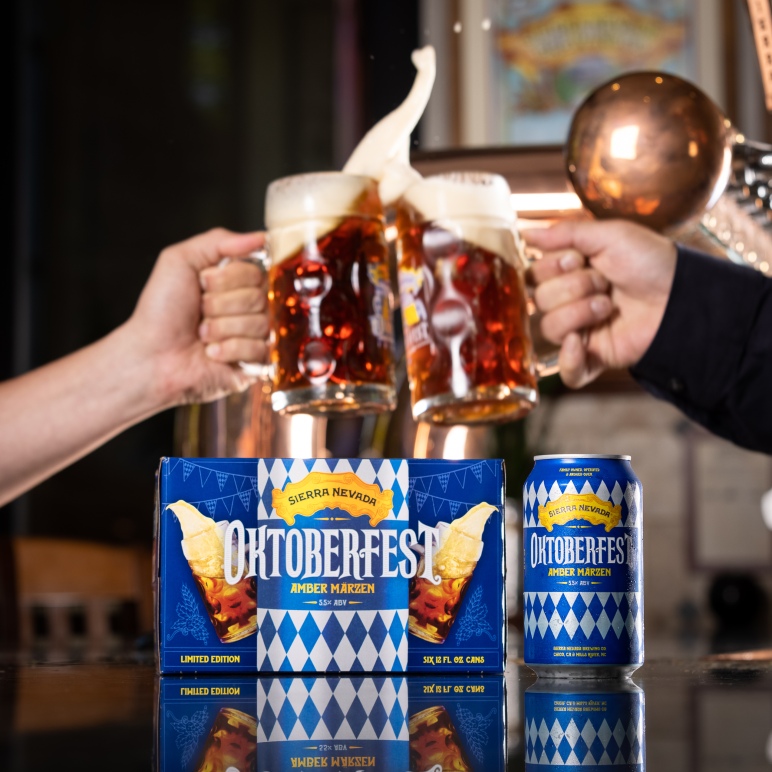 Sierra Nevada Brewing Co. (Chico, California) has officially announced that it will begin the Seasonal Release of the 2021 edition of its Oktoberfest in late July.

Back to serve as Sierra Nevada’s “ode to beer’s largest party,” this year’s release of Oktoberfest is a traditional Amber Märzen that will be a bit of a “departure from the brewery’s seasonal Oktoberfest offerings of the past few years which was in the style of modern fest bier.” Coming in at 5.5% ABV, 2021 Oktoberfest is a “darker malt-forward Oktoberfest beer” that is “well balanced between sweet maltiness and delicate hop bitterness with a medium body.”

“The beer has a malty sweetness with a little bit of herbal, floral hop presence, and the bitterness levels are just right to balance the malt character for drinkability,” says Scott Jennings, Innovation Brewmaster at Sierra Nevada Brewing Co. He adds, “it’s a substantial beer but it’s really, really drinkable.”

Oktoberfest will start rolling out in late July 2021 and will hang around as long as supplies last during the Oktoberfest Season. You can expect to find this Seasonal offering available in 12 oz. cans and on draft at select craft beer-focused establishments located in Alabama, Florida, California, North Carolina and throughout the rest of Sierra Nevada’s distribution network. Prost!

Release – Seasonal; late July – October 2021
Style – Oktoberfest/Märzen
ABV – 5.5%
IBUs – 19
Malts – Black, Munich, Pilsner & Special Roast
Hops – Hersbrucker & Tradition
Fun Fact – “When developing this edition of Sierra Nevada’s Oktoberfest, the brewers were aiming to produce a darker malt-forward Oktoberfest beer, and the traditional Amber Märzen style fit the bill. Jennings notes that this year’s darker style is a departure from the brewery’s seasonal Oktoberfest offerings of the past few years which was in the style of modern fest biers, such as Helles bock, that began rising to popularity at Oktoberfest in Munich in the 1970s and 1980s. He adds that an Amber Märzen would have been a mainstay at Oktoberfest celebrations in Munich prior to that shift toward lighter styles.”
Availability – 12 oz. cans & draft
Beer Finder – https://sierranevada.com/beer-locator/