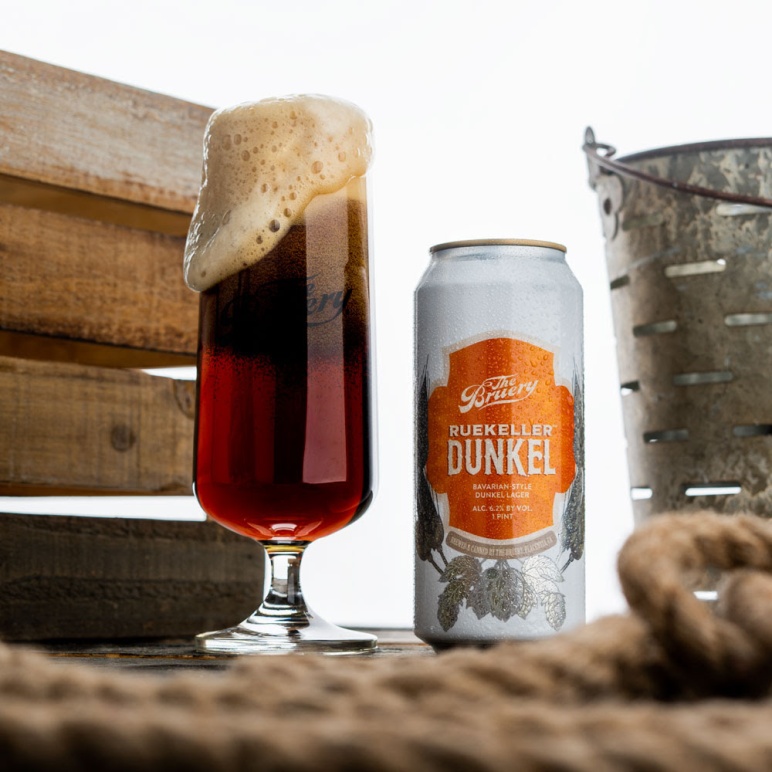 The Bruery (Orange County, California) has officially announced that it will begin the Seasonal Release Ruekeller: Dunkel in February 2022.

Built on “old-world brewing techniques in the likeness of the traditional name,” Ruekeller: Dunkel is a Bavarian-style Dunkel Lager “crafted . . . with the finest of ingredients, the utmost of care, and years of experience in brewing extraordinary craft lagers.” Coming in at 6.2% ABV, Ruekeller: Dunkel is “lightly sweet with notes of mild caramel, chocolate, and a satisfying nuttiness.”

“Ruekeller: Dunkel is brewed with the traditional method of krausening. At the end of fermentation we throw in about 10% new beer to clean it up and make it extra crisp and refreshing, this also helps us avoid any undesirable flavors. The method also produces carbonation without the need to use sugars or other adjuncts. This beer was a labor of love; we say ‘hard to brew, easy to drink’. Dunkel turned out incredible, with a lot of bready character and a touch of roasty and chocolatey notes; I’m going to be drinking this in my backyard all Spring.”

Ruekeller: Dunkel is rolling out now and will be available throughout Spring 2022. You can expect to find this new Seasonal offering available in 4-packs of 16 oz. cans and on draft at select craft beer-focused establishments located in California, Washington D.C. and throughout the rest of The Bruery’s 29-state distribution territory. Prost!

Vital Information for Ruekeller: Dunkel from The Bruery

Release – Seasonal/Ruekeller Series; launching late February 2022
Style – Bavarian-style Dunkel Lager
ABV – 6.2%
Fun Fact – “The name Ruekeller is a play on words, paying homage to both the traditional krausen method of brewing fine lagers, and The Bruery’s namesake, Patrick Rue. In German, ‘ruh’ literally translates to ‘quiet’ or ‘peace,’ while in brewing, the Ruhkeller, or ‘Rest Cellar,’ is where the beer is krausened.”
Availability – 4-packs of 16 oz. cans & draft
Beer Finder – https://www.thebruery.com/pages/find