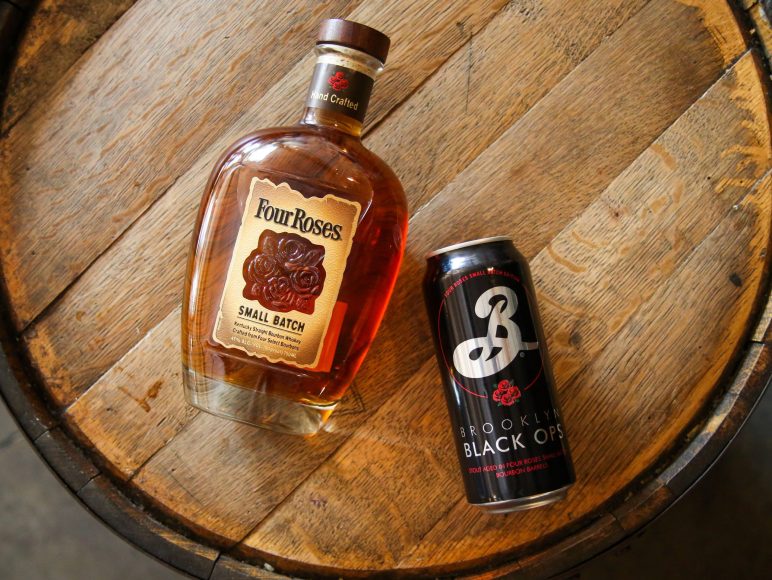 Widely known as a true “legend in a glass,” the 2021 vintage of Brooklyn Black Ops is a Russian Imperial Stout that has been “aged in Four Roses Small Batch Bourbon barrels hand-selected by Four Roses Master Distiller Brent Elliott.” Coming in at a higher than normal 12.9% ABV, Brooklyn Black Ops “offers a silky texture and combines notes of cocoa nibs with rich vanilla aromatics.”

“The depth and complexity of Brooklyn Black Ops remains as unique as ever,” said Brooklyn Brewery Brewmaster Garrett Oliver. “Like Four Roses Small Batch Bourbon itself, this beer delivers many layers of oak, malt and fruit flavors and is a perfect pairing for many desserts.”

We’re proud to again partner with Brooklyn Brewery on this much-anticipated annual release,” said Brent Elliott, Four Roses Master Distiller. “We really wanted the unique characteristics of Four Roses Small Batch to shine through and aging this iteration of Black Ops in the used barrels produced a beer with the perfect hint of bourbon character and a very smooth finish.”

A very limited amount of this year’s batch of Brooklyn Black Ops (approximately 4,000 cases) is rolling into distribution now and will hang around only as long as supplies last. You can expect to find this Limited Release available in 4-packs of 16 oz. cans (this is the first vintage in the history of Brooklyn Black Ops to be canned) and on draft at select craft beer-focused establishments located in New York and throughout the rest of Brooklyn Brewery’s 30-state distribution area. Prost! 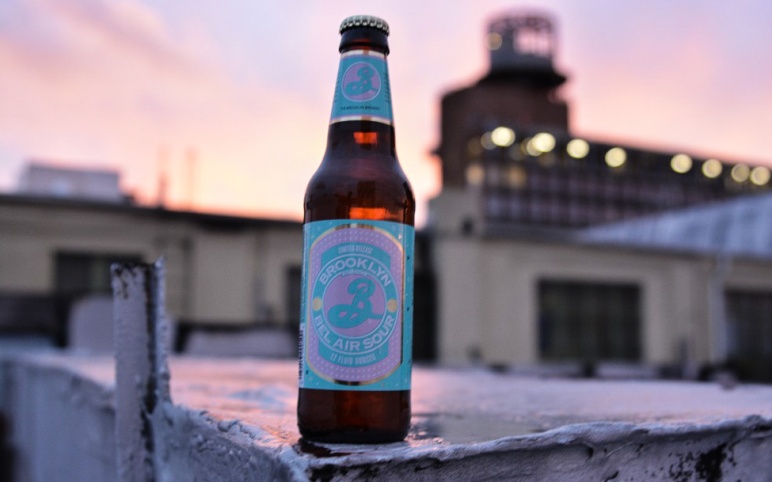 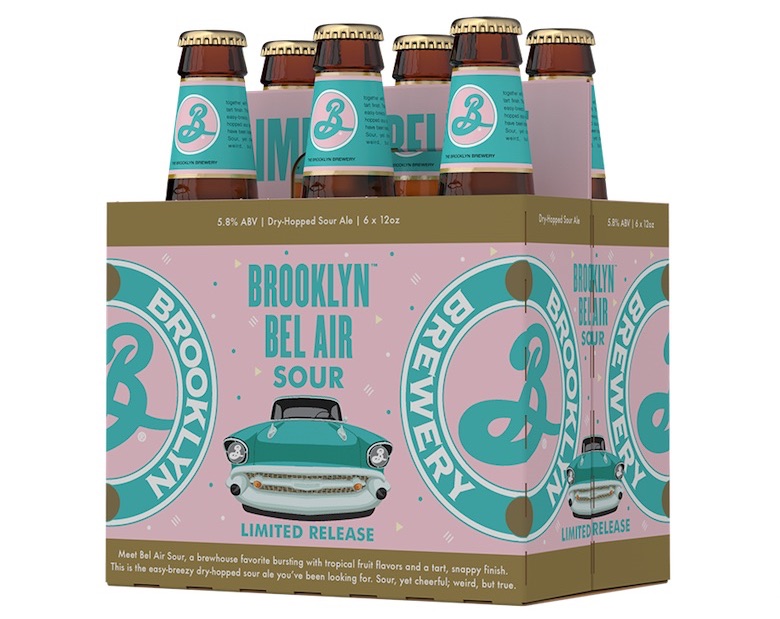 Brooklyn Brewery (Brooklyn, New York) recently announced that they have officially released Bel Air Sour for the first time as a packaged offering.

After over two years of development and an incredibly successful release in 2016 as a draft-only Brewmasters Reserve offering, Brooklyn Brewery Brewmaster Garrett Oliver and Lab Manager and Microbiologist Drew Bombard have plenty of reasons to be proud of Bel Air Sour.  This special brew was meticulously crafted to have “the precise balance of sharp, clean acidity and tropical fruit they dreamed of striking in a sour ale.”  They achieved this feat in large part due to the use of the brewery’s house ale yeast, lactobacillus, “and a generous helping of Amarillo dry-hopping.”  The beer is then smoothed out with barley and wheat malts “to keep things dry and refreshing, and the whole thing comes together to close with a fine dry finish.”  Since fans could not seem to get enough of last year’s limited Brewmasters Reserve release of Bel Air Sour, the brewery decided to brew up a larger batch and put it in bottles this time around.

Bel Air Sour is a Limited Release offering available now in 6-packs of 12 oz. bottles, 12-packs of 12 oz. bottles, and on draft.  You can find this brew for a limited time at craft beer-friendly bars, restaurants and retailers in Florida and throughout the rest of Brooklyn Brewery’s distribution footprint.  If the first release of Bel Air Sour is any indicator, this brew will not be hanging around for long.  Get you some while you can.  Prost!