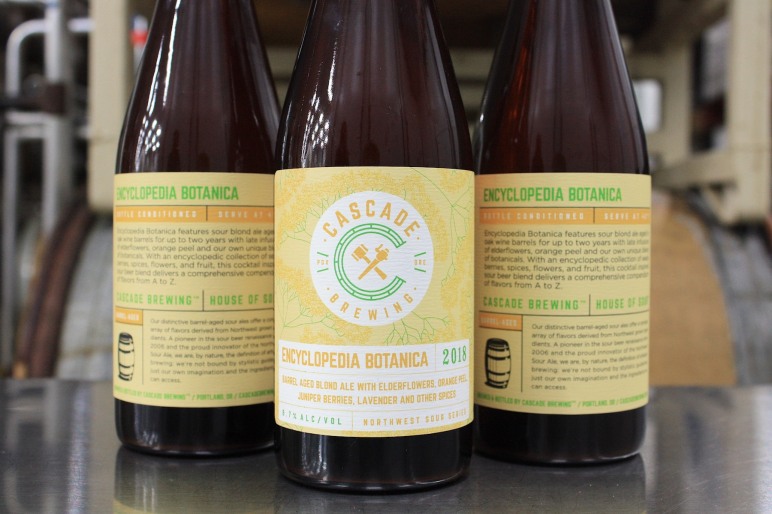 Cascade Brewing (Portland, Oregon) has officially announced that it will begin the Limited Release of Encyclopedia Botanica 2018 on Friday, October 2.

Named after the “encyclopedic collection of seeds, berries, spices, flowers, and fruit” featured in the recipe, Encyclopedia Botanica is a “sour blond ale aged in oak wine barrels for up to two years with late infusions of elderflowers, orange peel and Cascade’s own unique blend of gin botanicals.” Coming in at 8.7% ABV, Encyclopedia Botanica comes together to be a “cocktail-inspired sour beer blend [that] delivers a comprehensive compendium of flavors from A to Z.”

Encyclopedia Botanica 2018 will debut at Cascade’s two Portland pubs – Cascade Brewing Barrel House and Lodge at Cascade Brewing – on October 2 and distribution will follow shortly after the on-site release. You can expect to find this Limited Release available in 500ml champagne bottles and on draft at select craft beer-focused establishments located in Alabama, Florida, Oregon and throughout the rest of Cascade Brewing’s distribution area. Prost!