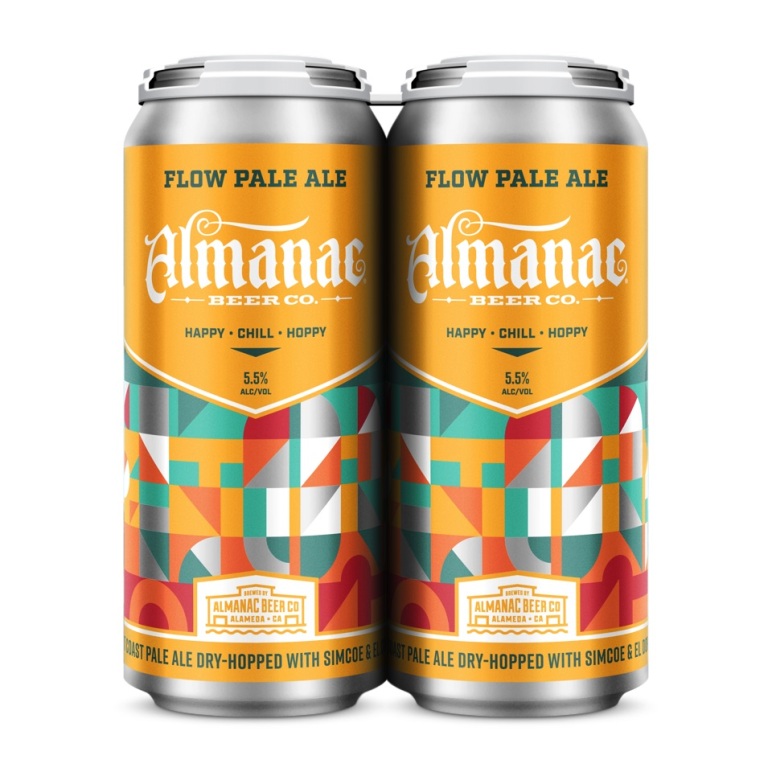 Developed for the “modern drinker who loves to kick back a cold one (or three!) after a day of kayaking, lazy river rafting, or hitting the mountain biking trails,” Flow is a West Coast-style Pale Ale dry-hopped with Simcoe and El Dorado hops. Coming in at 5.5% ABV, Flow rocks “just the right balance of hop bliss, refreshing citrus aromas, and a clean finish.”

“Nothing hits the spot quite like a refreshing West Coast pale ale! As the beer style that originally captured my heart, I decided it was time to create a worthy Almanac version. It took over a year of R&D before we nailed the final recipe, but we couldn’t be more excited about the result. FLOW is all about balance. It’s got a huge hop aroma and is bursting with notes of juicy lemon, ripe melon, and fresh berries and pine. The bitterness is restrained, the finish is clean, and the body is light and crisp. FLOW is a simple beer, and it’s just plain delicious.” -Damian Fagan, Founder & CEO, Almanac Beer Co.

Flow Pale Ale is rolling out now and will be available Year-Round in 16 oz. cans and on draft. You can expect to find this new offering at craft beer-focused establishments located in Florida, California and throughout the rest of Almanac’s distribution footprint. Prost!