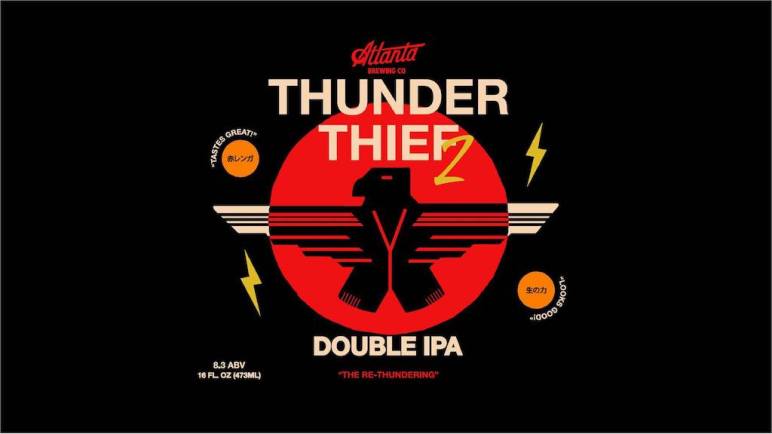 Atlanta Brewing Co. (Atlanta, Georgia) has officially announced that it will begin the Limited Release of Thunder Thief 2: The Rethundering Double IPA on Friday, June 28.

After the original Thunder Thief emerged last year to secure a silver medal in the New England/Juicy DIPA category at the 2018 U.S. Open Beer Championship, Thunder Thief 2: The Rethundering (8.3% ABV) has now rumbled onto the scene with a new hop combination featuring Citra, Vic Secret, Rakau, and Kohuta hops.  This thunderous reformulation results in a Double India Pale Ale boasting “flavors of pineapple, citrus, lime and mango with a piny finish.”

“We were very happy with the original Thunder Thief and we are very proud of the response we got from our community” says Director of Brewing Operations Gavin McKenna, “We wanted to do something similar but with a different hop expression on this second release. Our team can’t wait to share this beer with our fans!”