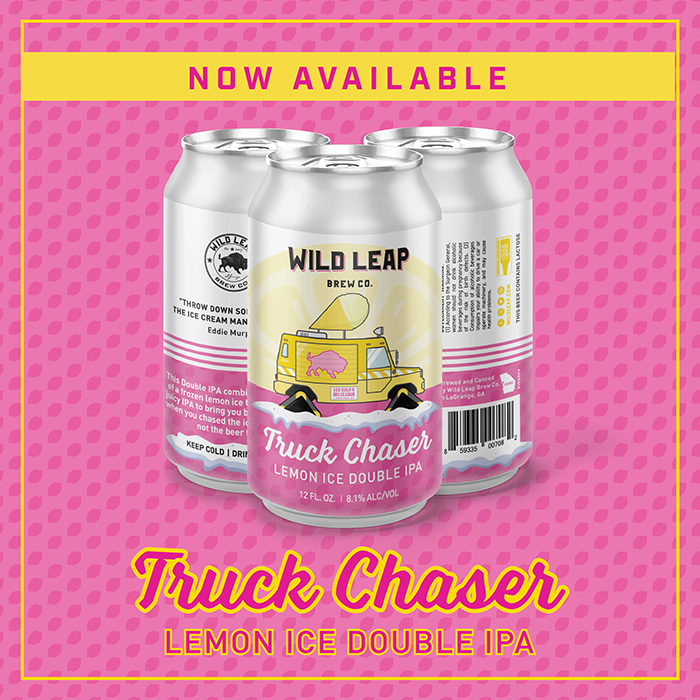 “Because the Truck Chaser Series is such a special series, I’m very particular with the design process,” explains Chief Brewing Officer, Chris Elliott. “After the crew has gathered around and taken a vote on the inspiration for the next release, the ingredient selection process is extremely strategic.”

“Like all the Truck Chaser’s we’ve released, Truck Chaser Lemon Ice has been such a fun process,” says Wild Leap’s CMO, Rob Goldstein. “From the first team meeting where we discuss novelty ice cream treats we all remember buying, to the can packaging, there’s never a dull moment with a Truck Chaser release.”

Truck Chaser – Lemon Ice debuted in Wild Leap’s taproom on June 22 and is rolling out into distribution this week. You can expect to find this Limited Release available in 6-packs of 12 oz. cans and draft at select craft beer-focused establishments located within Wild Leap’s distribution footprint in Georgia.  Prost!