Voyage to the Northeast Quadrant 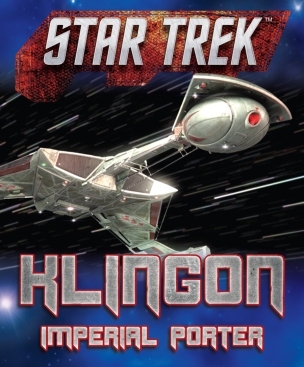 Shmaltz Brewing Company (Clifton Park, New York) will once again honor the Star Trek franchise in 2017 with the release of Klingon Imperial Porter.

Last year, Shmaltz Brewing Company recognized the 50th Anniversary of Star Trek with the release of two Star Trek Golden Anniversary Ales – The Trouble with Tribbles and Voyage to the Northeast Quadrant.  Since those two offerings were so well-received by beer geeks and Trekkies alike, the brewery has decided to keep the Star Trek series going into 2017 with the release of three more officially licensed brews.

The first Star Trek release of 2017 is Klingon Imperial Porter, a ruby-hued American Porter that pays homage to both “Klingon Bloodwine and fallen warriors who hold honor above life.”  Brewed with six malts and two hop varietals, Klingon Imperial Porter shows its strength at 7.3% ABV while recognizing that “the strongest warriors in the Galaxy” still have a sweet side.

If you would like to be one of the first to try this new offering, Klingon Imperial Porter will officially launch at the following events across the country:

Cannot make the events above?  No worries because Klingon Imperial Porter will also hit distribution in 4-packs of 12 oz. bottles and on draft.  You can track this limited offering down at select craft beer bars and retailers located in Florida, New York and throughout the rest of Shmaltz Brewing’s 35-state distribution area.  Since this beer will be eagerly sought-after by two factions of ardently dedicated fans, grab your 4-pack of Klingon Imperial Porter when you see it because this one is guaranteed to disappear from shelves with a quickness.  Prost!