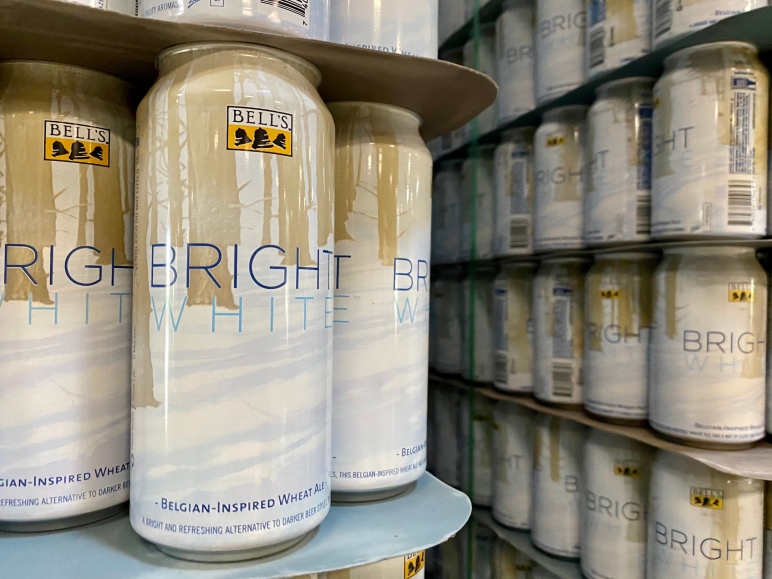 Bell’s Brewery (Comstock, Michigan) has officially announced that its Winter Seasonal Winter White Ale will return in November 2019 with a new look and a new name – Bright White Ale.

Brewed with the same recipe as the long-standing Winter White Ale and adorned with a refreshed look that is “reminiscent of what fans have seen since 2003,” Bright White Ale is a Belgian-inspired Wit – a.k.a. White Ale – that is “fermented with a Belgian yeast strain, yielding a mix of clove and fruity aromas without the use of any spices.”  Coming in at just 5% ABV, the “stylish and refreshing” Bright White Ale is “the same bright alternative to stouts, porters and other darker beer styles fans have loved over the years.”

“It is easy-drinking and lighter than the long list of stouts traditionally released in the winter months,” said Larry Bell, founder and president of Bell’s Brewery. “Stout should be enjoyed year-round but sometimes, you just need a break.”

“We wanted to keep the new name simple and connect it back to the original. And since many of our fans use ‘bright’ to refer to this beer, it just made sense to play to those strengths,” said Bell.

Bright White Ale will begin hitting shelves and taps in November 2019 and is scheduled to hang around through the end of March 2020, while supplies last.  You can expect to find this Seasonal Release available in 6-packs and 12-packs of 12 oz. bottles, 6-packs and 12-packs of 12 oz. cans, 4-packs of 16 oz. cans and on draft at craft beer-focused establishments located in Alabama, Florida, Michigan and throughout the rest of Bell’s Brewery’s distribution network.  Prost!

Release – Seasonal; November 2019 – March 2020
Style – Belgian Wit
ABV – 5%
Calories – 153 (per 12 oz. serving)
Carbs – 13 (per 12 oz. serving)
Fun Fact – “Bright White is inspired by the Belgian Wit (White) style of beer that has been brewed as far back as the Middle Ages. Unlike traditional Wit beers, Bright White includes no spices like coriander seed, orange peel, and sometimes grains of paradise. Bright White has several fruity aromas which all comes from the malt and yeast. This seasonal beer is enjoyable whether your view includes a snow man or a palm tree.”
Availability – 6-packs and 12-packs of 12 oz. bottles, 6-packs and 12-packs of 12 oz. cans, 4-packs of 16 oz. cans & draft
Beer Finder – https://www.bellsbeer.com/beer-finder Since so many Winter Warmers and Stouts tend to crowd craft beer shelves and taps during the winter months, Bell’s Brewery opted to take a lighter approach when establishing Winter White Ale, a Belgian-inspired Wheat Ale, as their Winter Seasonal.  Cloudy in appearance, this offering is brewed with a blend of barley and wheat malts and then fermented with a Belgian yeast strain.  Although this beer provides aromatics and flavors full of clove and fruit, it was created “without the use of any spices.”  At just 5% ABV, Winter White Ale is an easy drinking beer meant for “embracing winter.”

The Seasonal release of Winter White Ale can be enjoyed now through January of 2017.  This offering is available in 6-packs and 12-packs of 12 oz. bottles, 4-packs of 16 oz. cans, and on draft at craft beer establishments in Alabama, Florida, and throughout the full distribution footprint of Bell’s Brewery.  If you are looking for an alternative to the darker, heavier beers of the season, Winter White Ale is a beer that needs to be on your radar.  Prost! 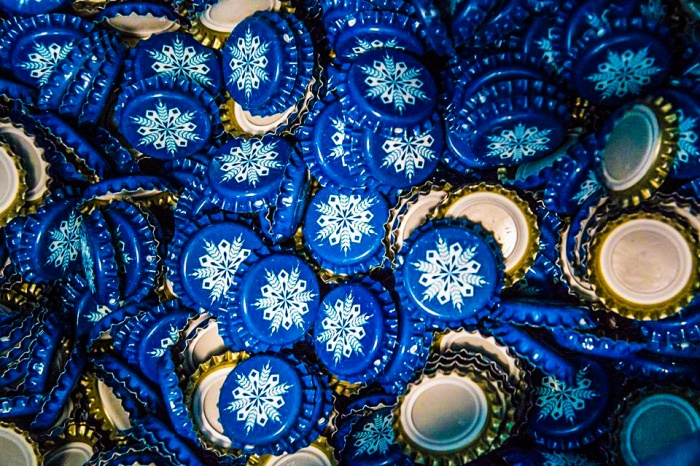