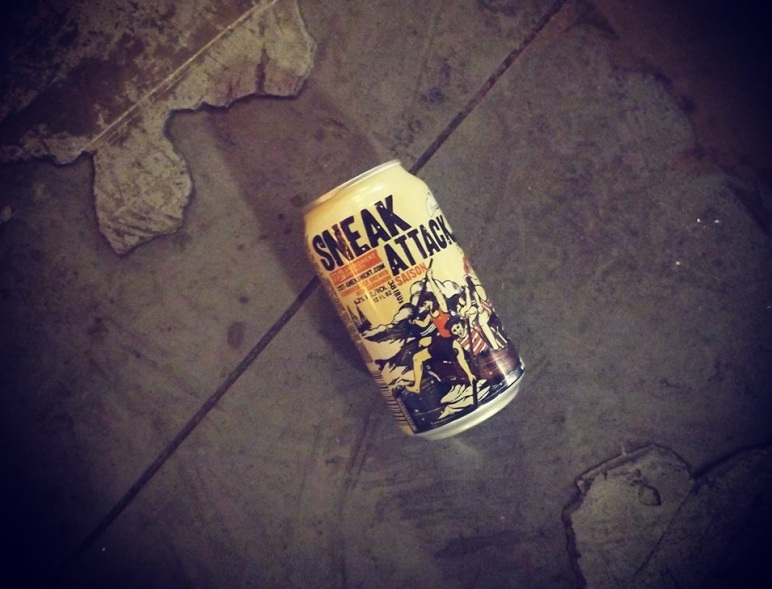 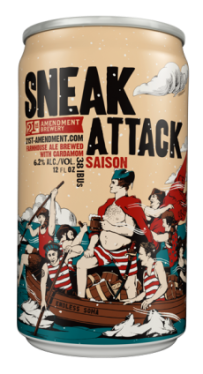 Drawing inspiration from General George Washington’s bold decision to cross the Delaware River on Christmas night to surprise his enemy, 21st Amendment Brewery created Sneak Attack as a means of “ambushing the cold” with the summer flavors found within a Belgian-style Saison.  To deal winter a devastating blow, Sneak Attack digs in and lays a solid foundation with Pilsner Malt, Belgian Light Candi Sugar and spicy Saison Yeast.  These ingredients supply a refreshing flavor that is further reinforced with “aromas of pepper, cardamom, lemon rind and freshly cut grassy fields.”  Standing proud at 6.2% ABV and 38 IBUs, Sneak Attack is 21st Amendment’s subtle way of saying, “In your face, winter.”

“While this is the time of year when brewers are typically introducing strong, heavy beers, we wanted to brew up a bit of a surprising alternative that essentially says, ‘In your face, winter!’ This year we experimented with a new Belgian yeast and had some fun with the subtle spicing to create a true farmhouse-style ale.”

Sneak Attack Saison is a Seasonal release available in 6-packs of 12 oz. cans and on draft from December 2016 through March of 2017.  You can find this offering available at craft beer-friendly establishments in Florida and throughout the rest of 21st Amendment’s 25 state distribution area (full list of states available below).  Do not sit idly by and allow winter to unjustly dictate your choices in libations.  Resist, fight back, pick up a sixer of Sneak Attack Saison and drink whatever you want.  Prost!