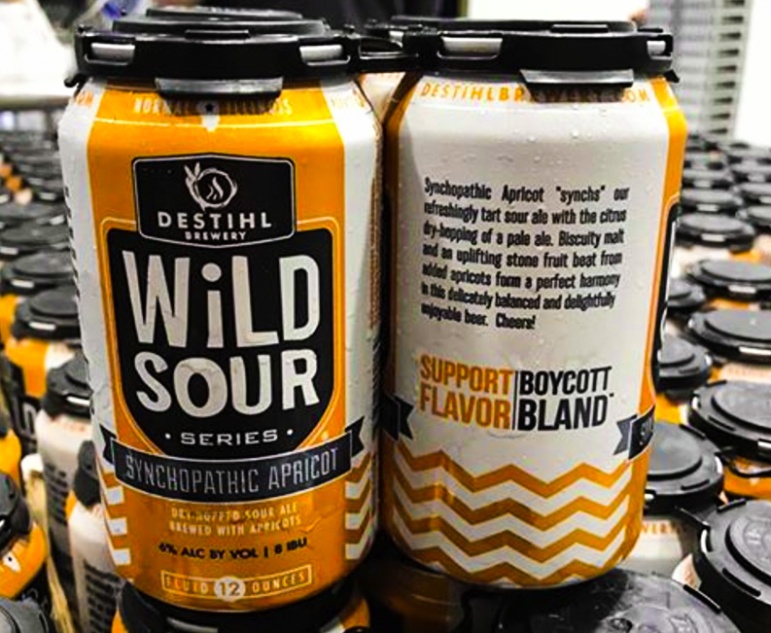 DESTIHL Brewery (Normal, Illinois) has officially announced that Synchopathic Apricot will soon be released as the next Seasonal offering to come out of the brewery’s WiLD SOUR SERIES.

Arriving as the third of four seasonal releases in DESTIHL Brewery’s 2017 WiLD SOUR SERIES (Flanders Red and Blueberry Gose preceded this release), Synchopathic Apricot is a “refreshingly tart sour ale with the citrus dry-hopping of a pale ale . . . and an uplifting stone fruit beat from added apricots.”  Like all beers in the WiLD SOUR SERIES, Synchopathic Apricot is then “kettle soured utilizing the brewery’s own culture of wild microflora originally harvested from the terroir of Central Illinois.”  This all results in a 6% ABV Sour Ale that is filled with “truly authentic sour, tart, fruity and floral characteristics.”

Synchopathic Apricot will officially release in August and hang around through the fall months.  Look for this new Seasonal offering to be available in 4-packs of 12 oz. cans and on draft at craft beer-focused retailers, bars and restaurants located in Florida, Illinois and throughout the rest of DESTIHL Brewery’s 20-state distribution network.  Prost!