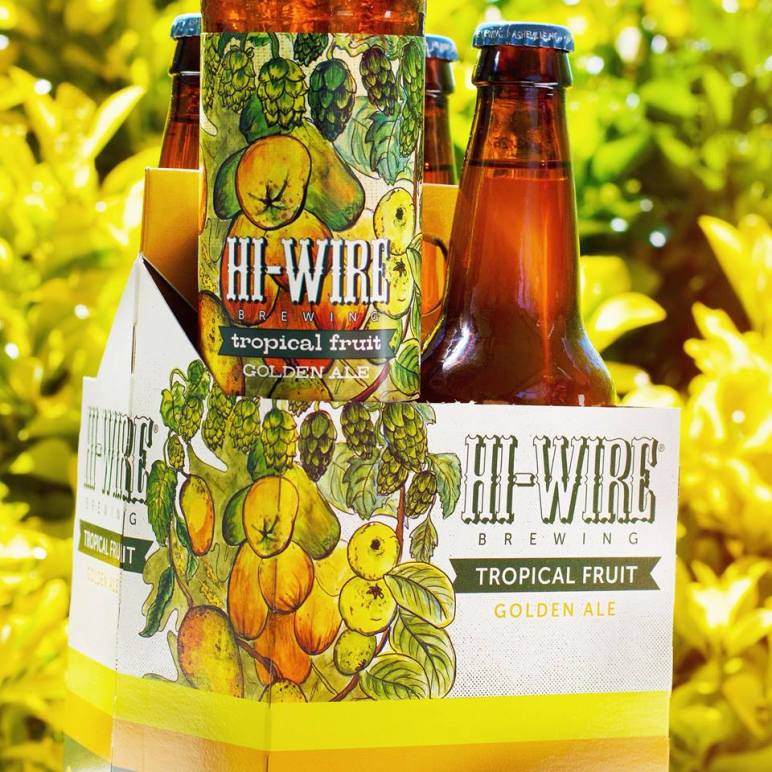 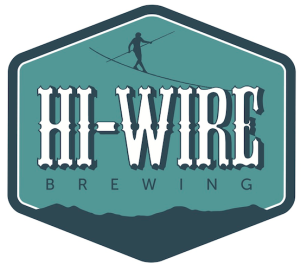 Arriving as the year’s second offering in Hi-Wire’s newly established High Gravity 4-pack series, Tropical Fruit Golden Ale – originally released in 2015 as a “one-time release” – is an American-style Golden Strong Ale that incorporates the use of “fresh fruit to complement the tropical flavors and aromas present in Citra hops.”  To get the most out of the featured fruits, the brewers at Hi-Wire added “guava, papaya, and mango . . . during secondary fermentation to create a dank, tropical fruit-forward profile.”  Although this “high octane beer” clocks in at 11.3% ABV, Tropical Fruit Golden Ale remains “deceptively drinkable” as the “big fruit flavors . . . mask the heat of this dank & sticky beer.”

Tropical Fruit Golden Ale is rolling out now and will be available as long as supplies last.  You can expect to find this Limited Release available in 4-packs of 12 oz. bottles and on draft at select craft beer-focused establishments located within Hi-Wire Brewing’s distribution footprint in North Carolina, South Carolina, Tennessee, Georgia, and Ohio.  Prost!