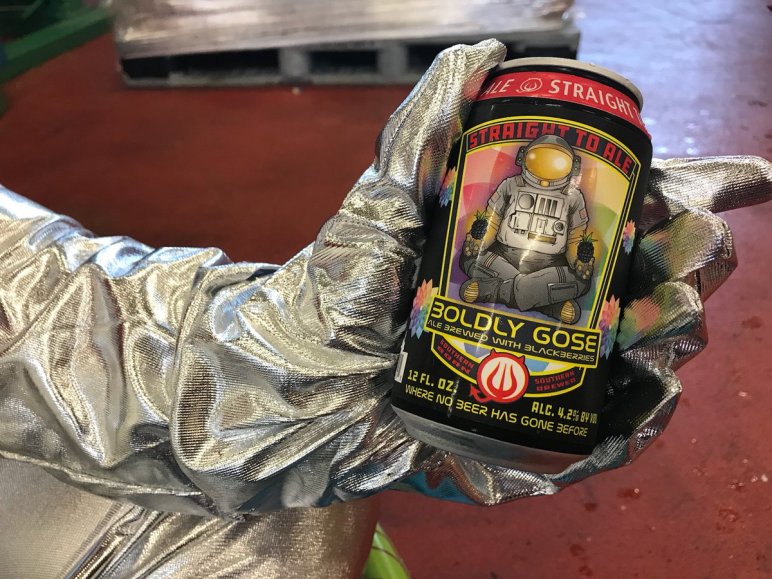 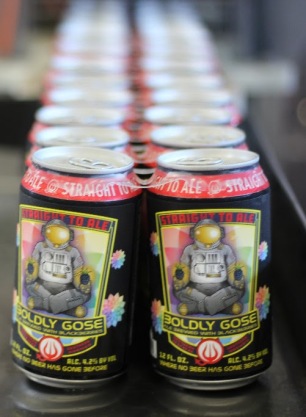 Straight to Ale (Huntsville, Alabama) has announced that it will officially introduce Boldly Gose, a Blackberry Gose, as its new summer Seasonal on Friday, June 29.

To create a take on the Gose style that has the capability to properly tackle a summer in South, the Straight to Ale crew laid a traditional foundation for Boldly Gose by starting with that familiar salty and tart base.  Blackberry was then introduced to add a little sweet to the tartness, giving Boldly Gose (4.2% ABV) absolutely everything it needs to be “perfect for summer sipping.”

Boldly Gose will make its official debut in Straight to Ale’s taproom on June 29 and enter distribution shortly thereafter.  You can expect to find this new Seasonal available in 6-packs of 12 oz. cans and on draft at craft beer friendly establishments located in Alabama, the Florida Panhandle and throughout the rest of the brewery’s seven state distribution area. Prost!

Vital Information for Boldly Gose from Straight to Ale

Release – Seasonal, July – September 2018
Style – Gose
ABV – 4.2%
IBUs – 10
Added Ingredients – Blackberries, salt & coriander
Fun Fact – On the Gose style (as defined by The German Beer Institute): “Gose is an ancient, sour and saline tasting ale, made from more than half malted wheat and the rest malted barley. The brew is fermented with both yeast and lactic bacteria and is spiced with both coriander and hops. It is brewed with slightly salted water. This peculiar beer style is now most closely associated with Leipzig, the capital of the German State of Saxony.”
Availability – 6-packs of 12 oz. cans & draft
Distribution – Alabama, Florida (Panhandle), Georgia, Mississippi, North Carolina, South Carolina & Tennessee