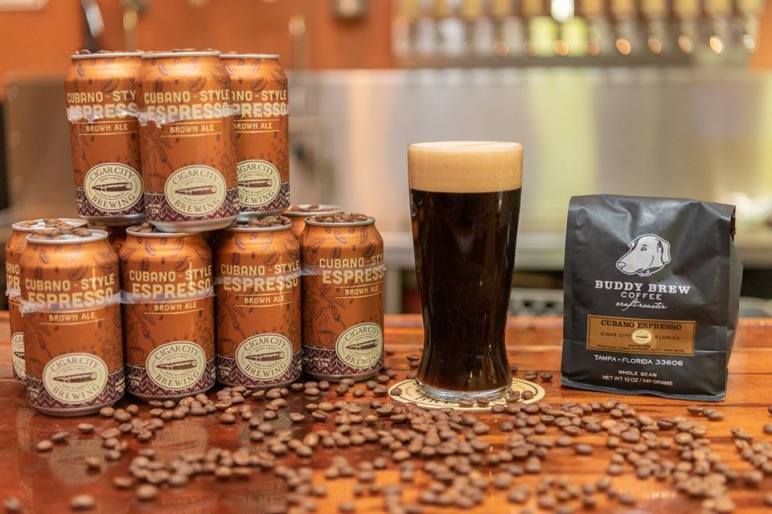 Back once again to supply you with a comforting coffee fix during the fall months, Cubano-style Espresso Brown Ale – also known simply as Cubano Espresso – is an English-style Brown Ale brewed with “a heaping of Cuban-style espresso beans from Tampa’s Buddy Brew Coffee.” Cubano Espresso (5.5% ABV) is then finished off with additions of lactose and cacao to create “a bold ale that brings to mind a fine cup of Cuban coffee.”

Cubano-style Espresso Brown Ale is hitting distribution now and is scheduled to stick around through December 2018.  You can expect to find this Special Release available in 4-packs of 12 oz. cans and on draft at select craft beer-focused establishments in Florida and throughout most of Cigar City Brewing’s distribution area.  Prost!