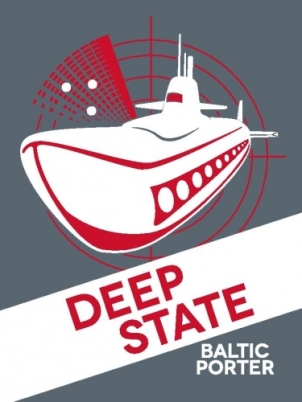 Known in some circles as Catawba Brewing Co.’s “most scandalous beer of all”, Deep State is a Baltic Porter that covertly obtains its “complexity from five specialty malts” – Pale, Munich II, Vienna, Crystal and Chocolate.  This robust malt bill yields a “full-flavored character . . . layered with rich malt, toffee, dark fruits, and a hint of roast.”  Coming in at a stealthy 7.2% ABV and 33 IBUs, Deep State is “a dangerously drinkable dark lager” that “finishes silky smooth.”

Deep State will first turn up at all Catawba Brewing Co. locations on November 2 and is expected to then hit distribution at or around that date.  You will be able to find this Limited Release available in 6-packs of 12 oz. cans and on draft at select craft beer-friendly spots located in Alabama, North Carolina and throughout the rest of the brewery’s five state distribution footprint.  Prost!