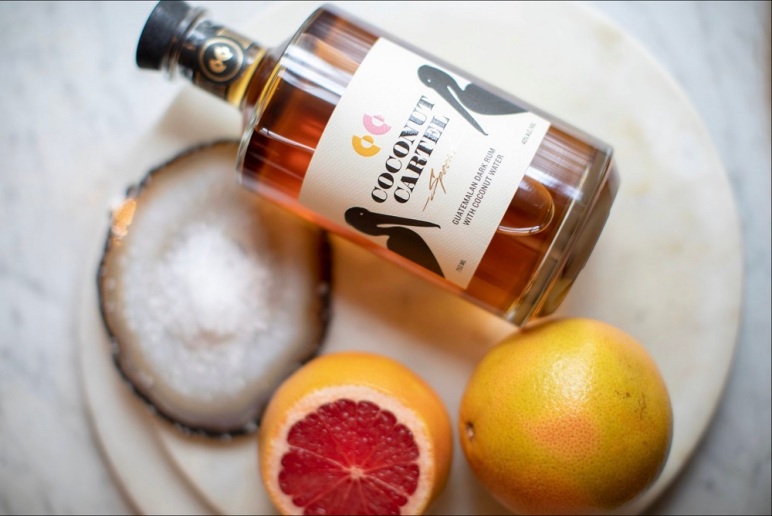 Coconut Cartel (Miami, Florida) has announced that it is officially expanding its brand with the launch of its first premium rum, Coconut Cartel Special.

After making a name for themselves with Fresh Branded Coconuts that ended up in the hands of celebrities such as Salma Hayek, Drake and Martha Stewart, the people behind Coconut Cartel are taking the next step in their journey by fully embracing their original inspiration – “a fresh cold coconut spiked with a shot of Central American aged rum” – and bottling it.

The “refreshing, delicious and naturally just a little sweet” Coconut Cartel Special accurately represents that inspiration by infusing “a unique blend of Central American dark rum . . . with real coconut water to proof. The natural minerality in the coconut water makes this blend uniquely smooth, with notes of vanilla at first and a touch of coconut as the finish.”  Coconut Cartel Special is 40% ABV/80 PROOF.

“Premium Rum is finally having its moment in the sun, and the timing couldn’t be better to launch a fresh new face in somewhat a dull space. We are excited to change people’s perception of what they think rum is (hint: it’s not just what you chugged in college).”

Coconut Cartel Special is available now in 750ml bottles for the suggested retail price of $36.99.  You can expect to find this premium spirit in Florida, California and New York and available to ship to 42 states online through Coconut Cartel’s website. Prost!