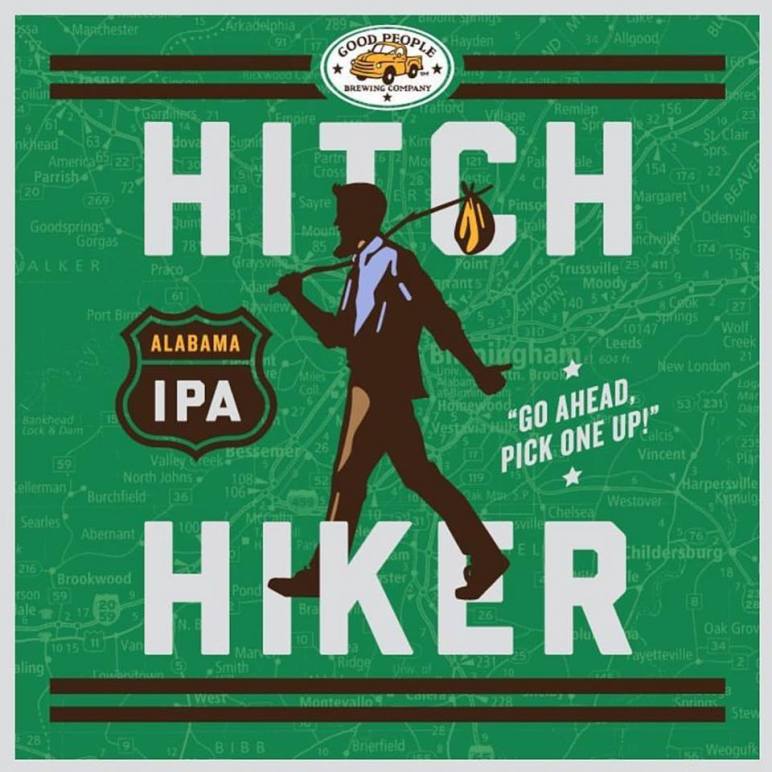 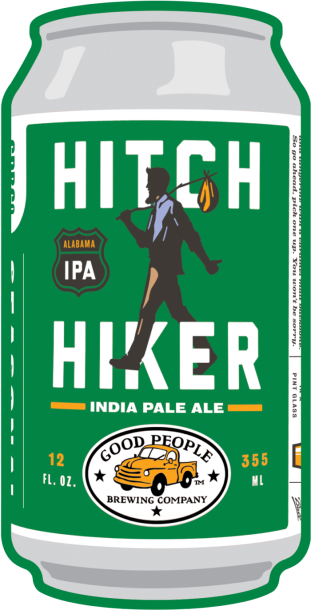 Good People Brewing Company (Birmingham, Alabama) has officially announced that it will begin the Seasonal Release of Hitchhiker IPA on Monday, February 11.

Sauntering back into the Heart of Dixie with “more of a West Coast vibe than [Good People’s] flagship India Pale Ale“, Hitchhiker is an American India Pale Ale that “balances the aromas of pineapple, grapefruit, orange, and tangerine with a caramel malt backbone.”  Coming in at an intriguing 7.8% ABV and 100 IBUs, this is one Hitchhiker that you will be more than happy to pick up.

Hitchhiker IPA rolls out this week and will stick around throughout the months of spring.  You can expect to find this Seasonal brew available in 6-packs of 12 oz. cans and on draft at craft beer-friendly establishments located within Good People’s distribution footprint in Alabama, the Florida Panhandle, Georgia and Tennessee. Prost!