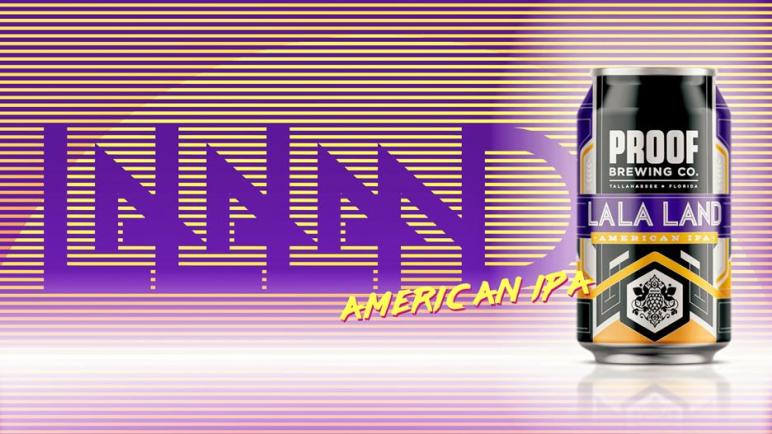 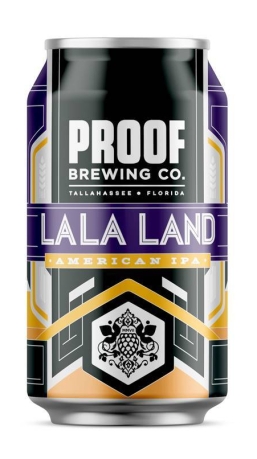 Developed to be an “East meets West . . . homage to the classic West Coast-style”, La La Land is an American India Pale Ale “featuring bright aromas and flavors of citrus and tropical fruit, with a crisp, resinous bitterness.”  Although it comes in at a sizable 7% ABV and 90 IBUs, La La Land West Coast-style IPA still possesses “a vibrant balance of hops and malts for any landscape!”

“Our new production facility has given us the space to increase our line-up of beers,” said Angela Burroughs, Proof Brewing Company’s founder. “This release of La La Land has been a long time coming and a fan favorite for years. It’s exciting to be able to provide our customers with a beer they’ve been wanting.”

6-packs of La La Land will hit Proof Brewing’s new tasting room on March 15 and distribution will follow shortly after the on-site release.  You can expect to find this Year-Round offering available in 6-packs of 12 oz. cans and on draft at craft beer-friendly establishments located in Tallahassee and any other area of Florida that regularly sees cans of Proof Brewing Co.’s Eightfive-0 or Mango Wit.  Prost!