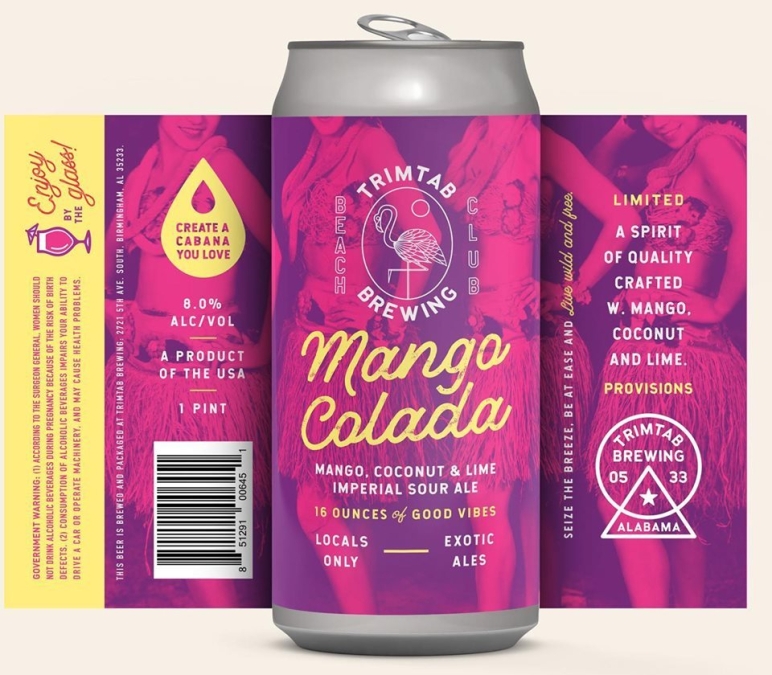 Here to keep TrimTab Brewing’s Beach Club Series of “tiki and cocktail influenced sour ales” rolling through summer, Mango Colada is an Imperial Sour Ale that has been “fermented with [a] fruity expressive yeast . . . and conditioned . . . on hundreds of pounds of toasted coconut, fresh citrusy key lime purée, and tropical soft mango.”  Coming in at a “deceivingly smooth and drinkable” 8% ABV, Mango Colada is a “spirit of quality” that will surely inspire you to “create a Summer you love.”

Mango Colada will debut in the Tasting Gallery at TrimTab Brewing on July 12 and distribution is scheduled to follow shortly after the on-site release.  You can expect to find this Limited Release available in 4-packs of 16 oz. cans at select craft beer-friendly retailers located in Alabama and Georgia.  Prost!