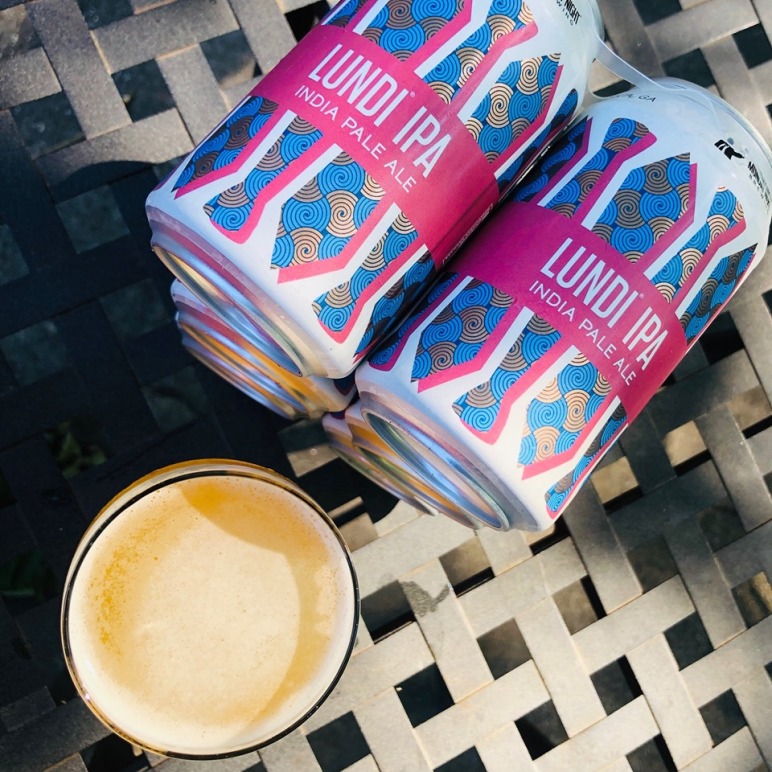 Developed after “months of test batches, hop experiments, and sensory panels,” Lundi is an American India Pale Ale that features “all the tangerine and grapefruit notes of Mosaic, Simcoe and El Dorado hops.” Balanced with a “juicy . . . pleasant sweetness, thanks to the malt backbone of Pilsner, oats, and wheat,” Lundi IPA (7.1% ABV, 55 IBUs) is full-flavored “but with less of the bitterness commonly associated with bold IPAs,”

“We strive to create beers that go well with weeknights—balanced, flavorful ales that pair well with food. Our brewers nailed that with Lundi,” said Monday Night Co-Founder Jonathan Baker. “The versatility of this beer means it pairs well with a charcuterie plate, a savory tortière, or chicken paillard. And it especially works with good conversation and great friends.”

As for the name? “We got into a fun, funky, French vibe in the planning, testing, and tasting stages. Since Lundi is French for Monday, we leaned into it and went full Francophile,” said Baker.

Lundi IPA is rolling out now and will be available Year-Round.  You can expect to find this new IPA available in 6-packs of 12 oz. cans and on draft at craft beer-friendly establishments located within Monday Night’s distribution footprint in Alabama, Georgia and Tennessee. Prost!