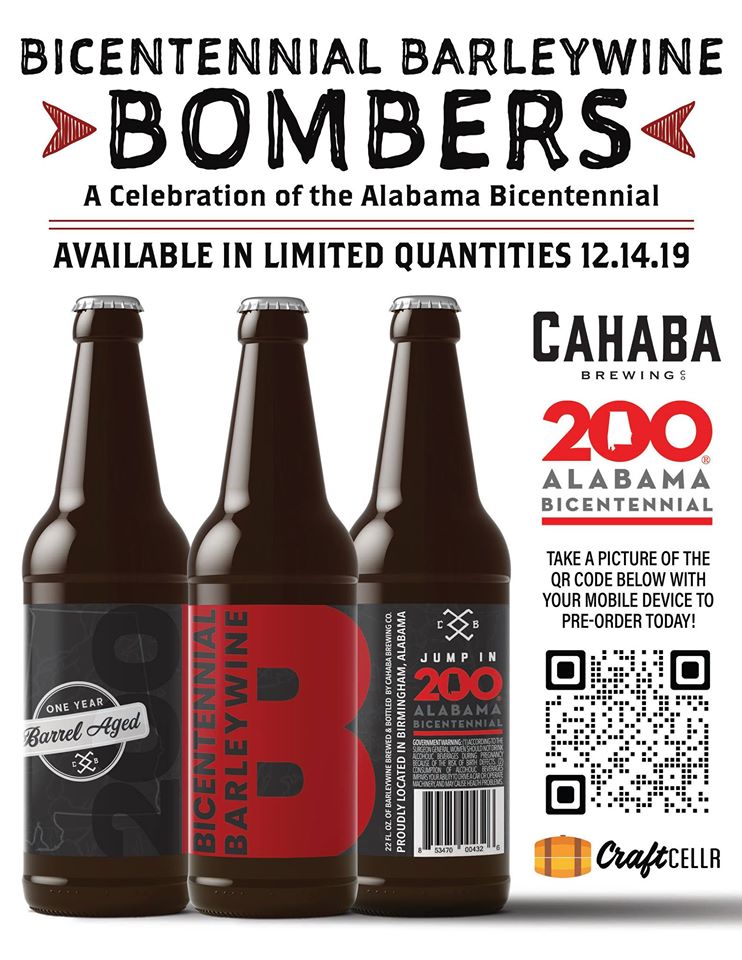 Meant to be a special offering that is “worthy of the Alabama Bicentennial celebration,” Barrel-aged Bicentennial Barleywine takes that English-style Barleywine to the next level by aging it for 9 months in Bourbon barrels – the same barrels that previously housed Cahaba’s Batch 1000 brew – to create “a more mellow and complex finish.” This treatment imparts “notes of toffee and sherry [that complement] the sweet, full-bodied and flavorful qualities of the Barleywine.”