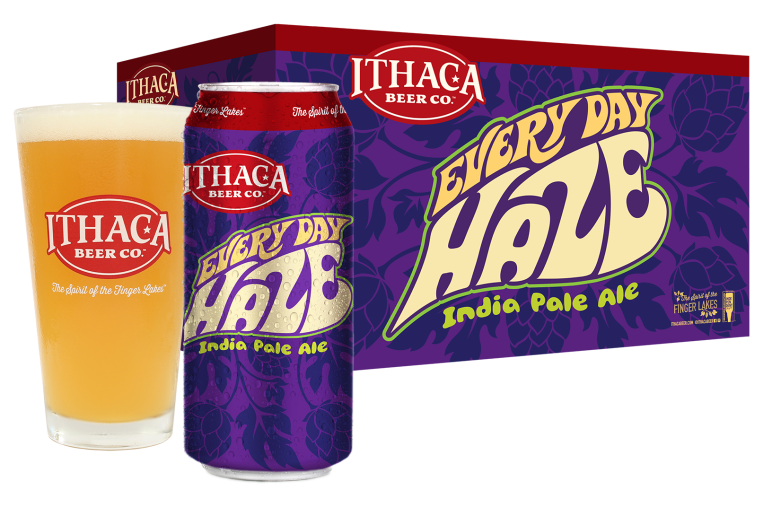 Developed to be the East Coast-style companion to “Ithaca’s classic West Coast-style Flower Power,” Every Day Haze IPA is a Hazy/Juicy India Pale Ale that has Citra and Mosaic hops providing “a solid foundation of fruit character” while Lotus hops “uniquely [accent] profiles of soft orange, vanilla and cream.”  Coming in at 6.6% ABV and 22 IBUs, Every Day Haze IPA boasts complex hop aromatics, “a unique tropical citrus depth,” and a “soft, creamy and silky mouthfeel.”

Every Day Haze IPA is scheduled to officially debut on February 6, 2020. You can expect to find this new Year-Round offering available in 4-packs of 16 oz. cans, 8-packs of 16 oz. cans and on draft at craft beer-friendly establishments located in North Carolina, New York and throughout the rest of Ithaca Beer Co.’s 16-state distribution area. Prost!