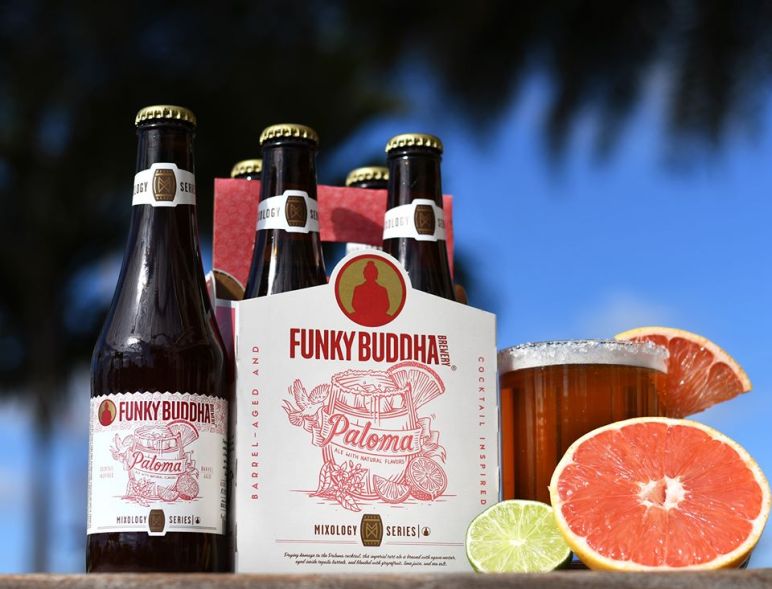 Inspired by the popular Mexican cocktail commonly made with tequila, lime juice, and grapefruit soda, Paloma is a Sour Ale “brewed with agave nectar, aged in reposado tequila barrels, and blended with grapefruit, lime juice, and Florida sea salt.”  Coming in at a slow sipping 11% ABV, Paloma makes it as easy as possible for you to enjoy all the flavor and character of “Mexico’s most refreshing highball.”

Paloma released in the Tap Room at Funky Buddha Brewery on February 9 and is scheduled to enter distribution in mid-February.  You can expect to find this Limited Release offering available in 4-packs of 12 oz. bottles and on draft at craft beer-friendly retailers, bars and restaurants located in Alabama, Florida, and throughout the rest of Funky Buddha’s distribution footprint.  Prost!