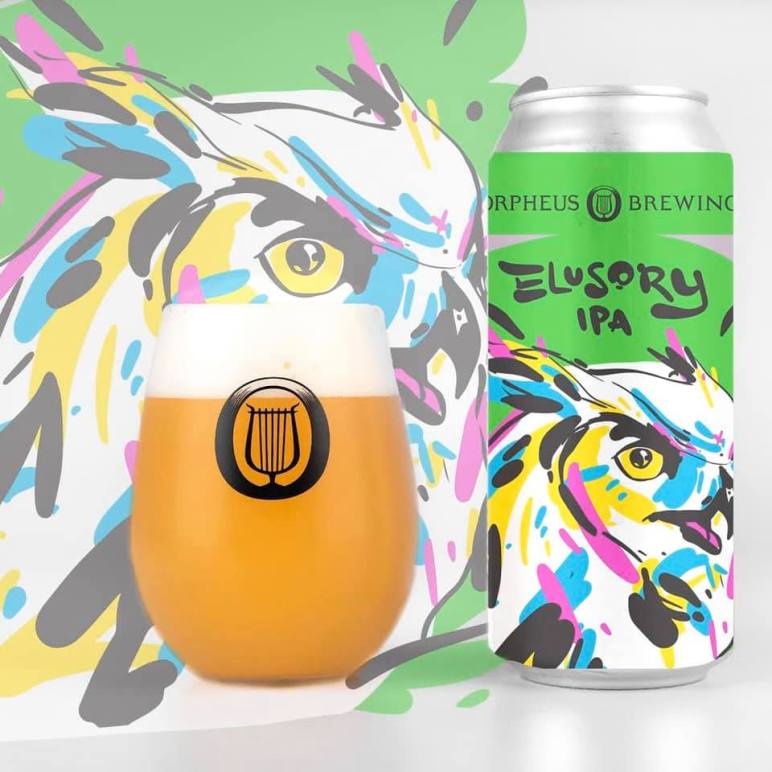 Orpheus Brewing (Atlanta, Georgia) has officially announced that it will introduce Elusory IPA as its newest Year-Round offering in March 2020.

Elusory IPA is double dry-hopped Hazy/Juicy India Pale Ale “loaded with juicy Mosaic hops and supported by citrusy, soft Azacca with a bold combination of Columbus and Comet.”  Coming in at 6.7% ABV, Elusory promises to be “a soft, pillowy IPA with layers of orange, melon, stone fruit, and dankness.”

Elusory IPA is scheduled to debut on March 1, 2020.  You can expect to find this new Year-Round offering available in 16 oz. cans and on draft at craft beer-friendly retailers, bars and restaurants located within Orpheus Brewing’s distribution footprint in Alabama, Florida, Georgia and Tennessee.  Prost!