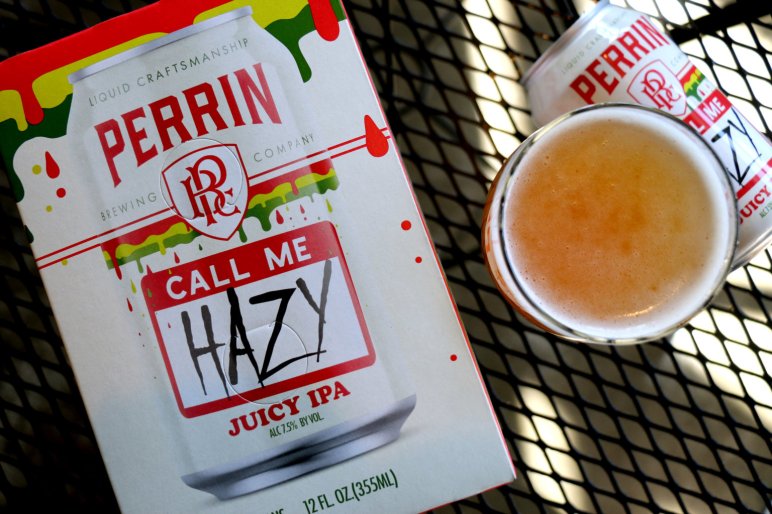 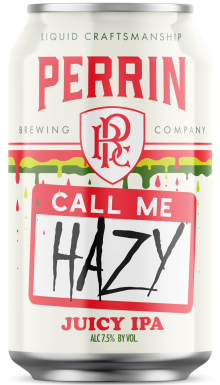 Perrin Brewing Company (Comstock Park, Michigan) has officially announced that it will begin the Seasonal Release of Call Me Hazy – Juicy IPA in late March 2020.

Arriving as the first release in the new Call Me Hazy Series of rotating IPAs that allows “Perrin’s brewers to explore the breadth and depth of hop flavor,” Call Me Hazy – Juicy IPA is a Hazy/Juicy India Pale Ale “packed full of intense hops for a hazy, complex brew with a bright finish at 7.5% ABV,”

“Call Me Hazy is a new IPA series for Perrin Brewing, it’ll feature rotating IPAs throughout the year with a focus on a Hazy profile. The first release is Call Me Hazy – Juicy IPA crafted with specialty hops and select malts for an extremely juicy finish. This rotating IPA series will be an enjoyable mix to the IPA line-up this year.”

Call Me Hazy – Juicy IPA debuted at the Perrin Pub on March 19 and is scheduled to enter distribution shortly after that date.  You can expect to find this new Seasonal Release available in 6-packs of 12 oz. cans and on draft at select craft beer-focused establishments located in Michigan.  Prost!