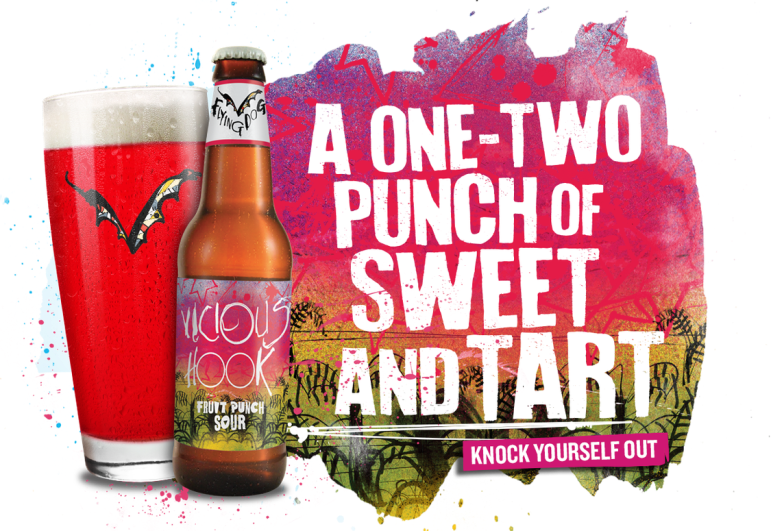 Named after a boxing term that “[references] the beer’s sweet start that finishes with a savage jolt of sourness and hits like a heavyweight,” Vicious Hook is a fruited Sour Ale that “delivers on its fruit punch promise” thanks to additions of blood orange, cherry and pineapple. Coming in at just 5.3% ABV, the “extremely approachable” Vicious Hook “is a one-two combo of sweet and tart that stuns you with a pucker punch.”

“I think we all grew up drinking fruit punch in the summer, hiding in the shade, trying not to melt. Well, we made a delicious adult version of that and gave it a little extra oomph,” said James Maravetz, VP of Marketing for Flying Dog Brewery. “This punch definitely earned its name.”

Vicious Hook officially released on August 3 and will be available for a limited time. You can expect to find this new Limited Release available in 6-packs of 12 oz. bottles & on draft at select craft beer-focused establishments located in Maryland, North Carolina, South Carolina and throughout the rest of Flying Dog’s distribution area. Prost!