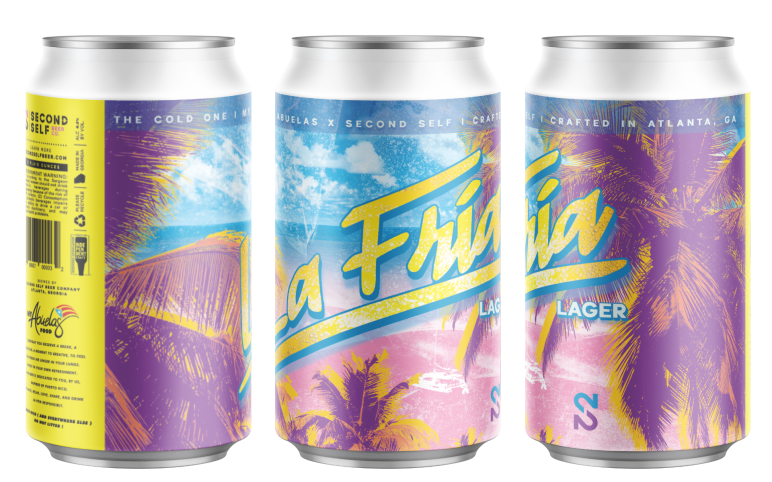 Second Self Beer Company (Atlanta, Georgia) has announced that it will officially launch La Fría, a Caribbean Lager brewed in collaboration with My Abuelas Food, as the brewery’s newest Year-Round offering on August 28.

Crafted with the inspiration found in the “sultry vibes and sandy beaches of Puerto Rico,” La Fría – which translates to “The Cold One” – is a Caribbean-style Lager that allows you to “invest in your own refreshment.” Coming in at an easy-drinking 4.5% ABV, La Fría encourages all who drink it to “sit back, relax, love, share, and drink . . . responsibly.”

“My family is Cuban and food is a big part of my life. Creating a beer that pairs well with the rich cuisine of my heritage has always been something I’ve wanted to do,” says Jason Santamaria, co-founder and chief beer architect at Second Self Beer Co. “When I met Luis Martinez (owner of My Abuelas Food) and tasted his Puerto Rican dishes that are similar to what I grew up with, I knew we were a great match. We’ve spent over a year creating La Fría, and the result is crisp, approachable and clean. Its flavor profile is complex enough to satisfy a hardcore craft beer fan but mellow enough that even a macro-beer drinker will like it. Plus, at only 4.5% ABV, you can enjoy it responsibly all day.”

La Fría is pouring now at Second Self’s Westside taproom and cans will be available on August 28. Distribution is scheduled to begin in September, and you can expect to find this new Year-Round offering available in 12 oz. cans and on draft at craft beer-focused establishments located in Georgia, Alabama and South Carolina. La Fría will also see distribution in Puerto Rico. Prost!