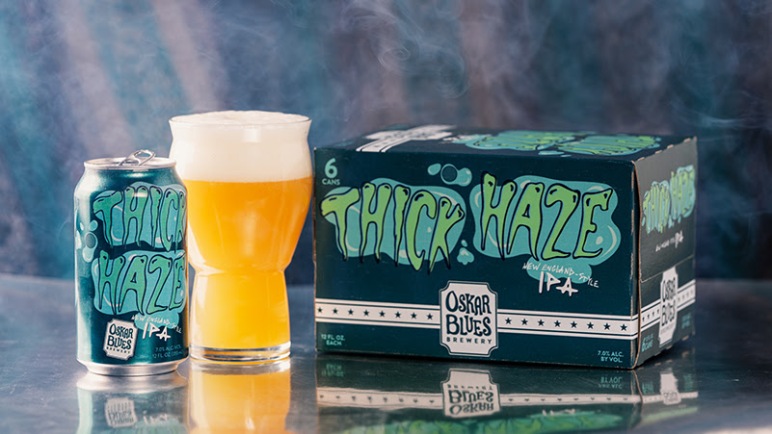 Basically the result of “pumping insane amounts of hops into an unfiltered, hand-crafted IPA,” Thick Haze is a Hazy/Juicy India Pale Ale dry-hopped with Galaxy, Cashmere, Calypso and Eureka hops “at an almost supernatural amplitude.” Coming in at 7% ABV, Thick Haze is a “giant hop-ness monster of a beer . . . [that] rolls onto the palate with intense flavors of pineapple, melon and mango” and finishes with “aftershocks of . . . citrus notes of grapefruit juice, tangerine and lemon peel.”

“We crafted Thick Haze to be the ultimate beast of a New England IPA – a full-blown freakout for hops,” said Oskar Blues Head Brewer Juice Drapeau. “We layered the hop profile to maximize all of the flavors we are diggin’ right now – tropical fruit, melon and citrus.”

Thick Haze is rolling out now and will hang around for an undisclosed amount of time. You can expect to find this Limited Release available in 6-packs of 12 oz. cans and on draft at select craft beer-focused establishments located in Alabama, Florida, Colorado, North Carolina, Texas and throughout the rest of Oskar Blues Brewery’s distribution network. Prost!