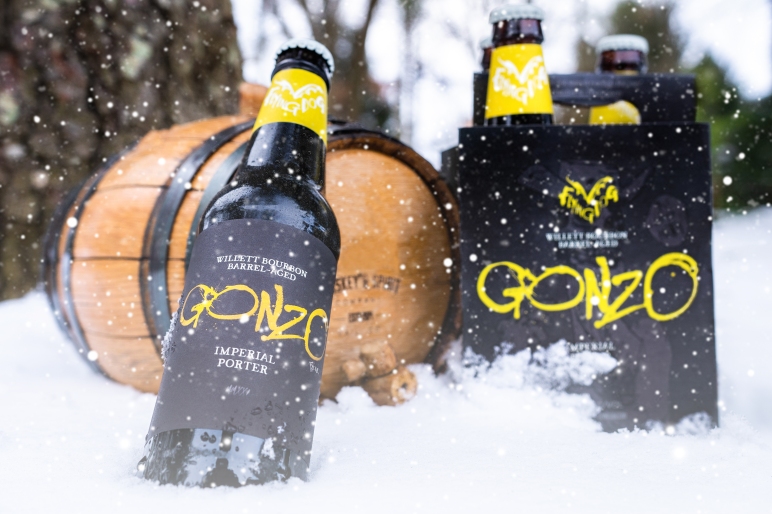 An elevated take on Flying Dog’s cult-classic Gonzo Imperial Porter, Barrel-aged Gonzo is an Imperial Porter that has been aged “for 3 months in bourbon barrels from Willett Distillery, longtime bourbon and rye whiskey distillers in Bardstown, Kentucky.” Coming in at 11.3% ABV, the “deep and dark” Barrel-aged Gonzo “gets even more mysterious with notes of vanilla and whiskey warmth.”

Barrel-aged Gonzo is rolling out now and will be available only as long as supplies last. You can expect to find this Limited Release available in 4-packs of 12 oz. bottles and on draft at select craft beer-focused establishments located in Maryland, North Carolina, South Carolina and throughout the rest of Flying Dog’s distribution area. Prost!