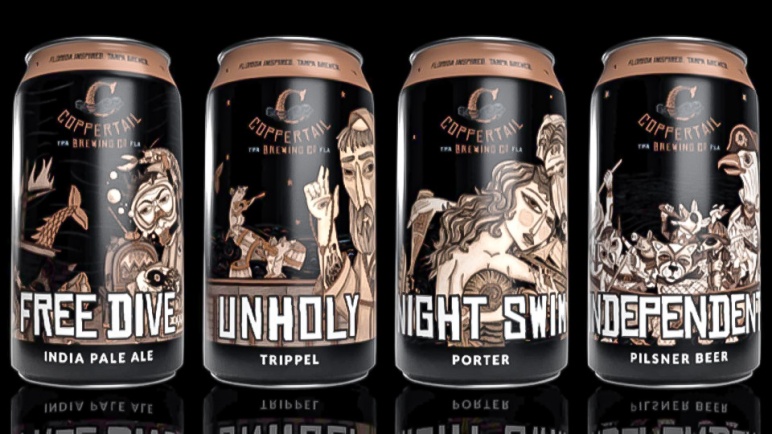 Coppertail Brewing Co. (Tampa, Florida) has officially announced that it will completely transition its portfolio of bottled offerings to cans in March 2019.

The Florida craft beer community has spoken, and Coppertail has responded by abandoning the bottle for the more beach-friendly can.  The brewery’s shift to cans will play out in the following ways:

This move to cans will allow the brewery to take advantage of the following benefits:

“This change is really about two things,” Kent Bailey, Coppertail’s president explained. “First, giving our customers what they have been asking for, and second, taking the quality of our beer to even higher levels. Our new canning line packages beer with lower levels of beer spoiling oxygen than we’ve ever seen, so our beer will stay fresher, longer. When you add that to the other benefits of cans, there’s no question it’s the right way for us to go.”

Coppertail cans will officially roll out in March 2019 and you can expect to find them at Publix and other craft beer-friendly retailers located across the state of Florida.  Prost!