Since “collaboration [has been] at the core of Sun King’s success” for ten amazing years, the brewery has decided to celebrate that “decade of award-winning beers, and the collaborative spirit of the brewing industry” with the release of 10-4 Good Buddy. This mixed 4-pack of 16 oz. cans contains the following four beers brewed in collaboration with “independent breweries from across the U.S” (descriptions sourced directly from the Sun King’s press release):

“Sun King Brewery began as a collaboration between two professional brewers and friends sharing ideas over a few pints about what they would want their own brewery to be like, and grew with the insights of our business partners, and the input and hard work of our team,” said Clay Robinson, co-founder of Sun King Brewery. “We have continued to share and create beers with so many of our respected peers along the way, and we wanted to create something unique and special for our 10th Anniversary. 10-4 Good Buddy represents the creativity and camaraderie that is the heart of, not just Sun King, but the independent craft beer industry.”

The 10-4 Good Buddy 4-pack of 16 oz. cans will debut at all Sun King locations on May 23 and is scheduled to hit “liquor stores and restaurants across Indiana the following week.” This exclusive 4-pack will also be available at select craft beer-focused establishments located in Jacksonville and Tampa, Florida; Chicago, Illinois; Cincinnati and Dayton, Ohio; and Louisville, Kentucky beginning in June. Prost! 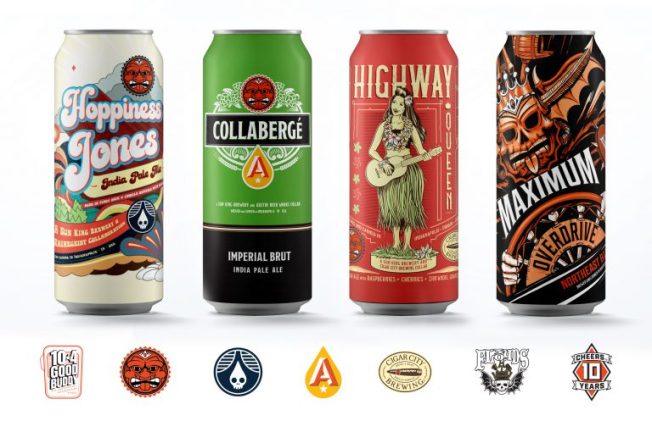