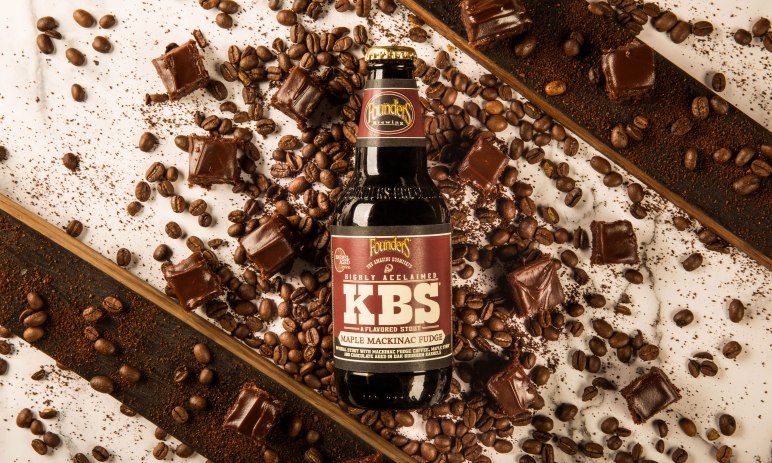 Founders Brewing Co. (Grand Rapids, Michigan) recently teased in its Cadre Newsletter that it will put a bow on its 2020 Barrel-Aged Series by introducing its newest KBS variant, KBS Maple Mackinac Fudge, in early October 2020.

“We’ve been enjoying beers brewed with the Mackinac Fudge coffee in our taproom for years, and now we’re finally bringing that treatment to KBS,” said Brewmaster Jeremy Kosmicki. “It takes the chocolate flavor traditionally found in KBS to a whole new level.  Add in a hint of maple syrup and now you have an elegant, yet explosive new flavor experience.”

KBS Maple Mackinac Fudge will debut in October and is scheduled to hang around through December 2020 (as long as supplies last). You can expect to find this new Limited Release available in 4-packs of 12 oz. bottles and on draft at select craft beer-friendly establishments located in Alabama, Florida, Michigan and throughout the rest of Founders Brewing Co.’s nationwide distribution area. Prost!