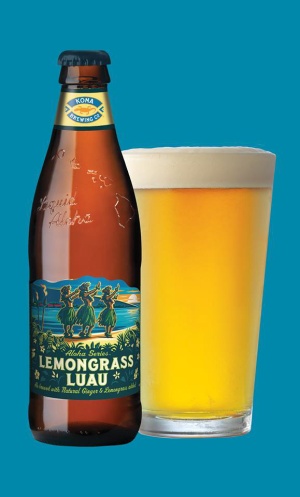 Back for its second year, Lemongrass Luau comes to us by way of Kona Brewing’s Aloha Series, “a special series, widely available throughout the mainland, which features seasonal craft brews made with island-inspired ingredients.” This crisp, balanced American Blonde Ale sources its island vibe from “a fresh zing of lemongrass and a snap of ginger.” Clocking in at just 5% ABV, Lemongrass Luau is back to earn its place as your go-to brew whenever you find yourself in need of “a refreshing companion in the summer heat.”

Lemongrass Luau Blonde Ale is available now and will be hanging around through the summer months.  You can find this Seasonal offering available in 6-packs of 12 oz. bottles and on draft at select craft beer establishments located in Alabama, Florida, Hawaii and throughout the rest of Kona Brewing Company’s distribution area.  Prost!

For a little change of pace, this week’s Tasting Notes gets its snack on with a special beer pairing featuring the delicious Kettle Chips of Neal Brothers Foods (Toronto, Ontario).

I was recently approached by representatives from Neal Brothers Foods to see if I would be willing to provide them with some input on possible beer pairings for their line of “Extremely Tasty” Kettle Chips.  The more I looked over their available flavors – Maple Bacon, Montreal Steak Spice, Pink Himalayan Salt, & Spicy Srirachup -, the more excited I got about this possibly becoming a fun new project to be featured as a Tasting Notes segment.  I pitched my idea to them, and the good folks at Neal Brothers gave me the go-ahead.

Before this delicious, snack-filled pairing can commence, we first need to cover some particulars on Neal Brothers Foods.  Peter and Chris Neal started Neal Brothers Foods in 1988 by making croutons out of their mother’s home in Aurora, Ontario, and the croutons proved to be a huge hit with locals. The company quickly outgrew their headquarters in mom’s kitchen, and Neal Brothers Foods moved to Toronto, Ontario to create a variety of delicious products. With a dedication to the freshest ingredients, Neal Brothers offers products made from “organic ingredients to help sustain our environment and keep us healthy and chemical free,” and they are also firm believers in the Fair Trade movement.  This commitment to creating “great tasting, ‘better for you’ snacks” has made it possible for Neal Brothers to steadily grow.  One of their most popular offerings are these “all natural, non-GMO, kettle-cooked chips.”  Thanks to an exclusive partnership created with Whole Foods Market, Neal Brothers Kettle Chips are now available in the United States.

Now that we have all of that covered, let’s get our sip and chip on with a little Tasting Notes Beer Pairing featuring the Kettle Chips of Neal Brothers Foods! 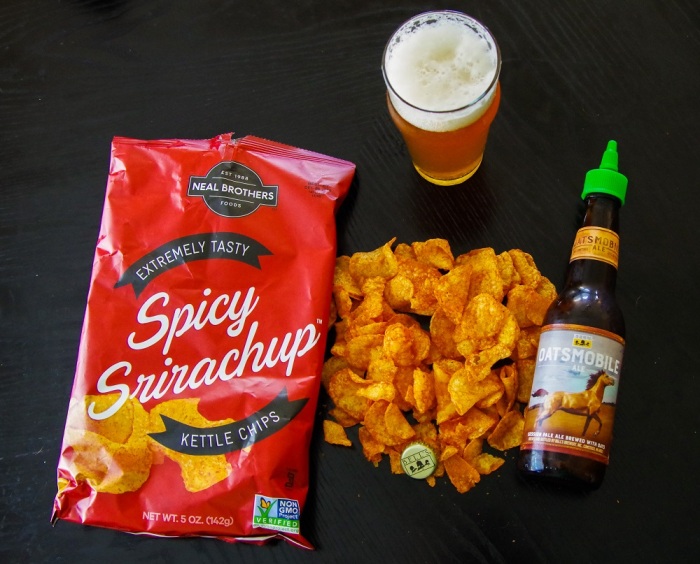 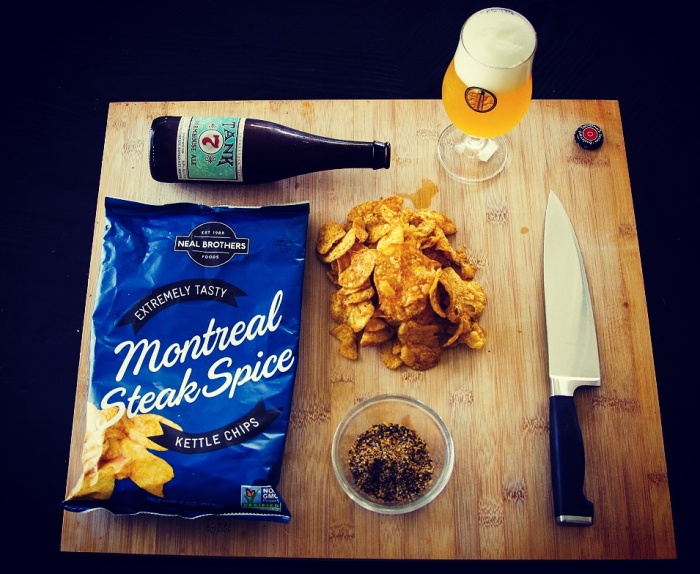 The Wrap-Up – I cannot possibly relay to you how impressed I am with these ridiculously tasty Kettle Chips from Neal Brothers Foods.  They are not just fantastic chips, but they are truly incredibly good food.  As far as snacks go, they can curb some cravings and still remain pretty good for you thanks to their natural, non-GMO recipes.  It is obvious that no corners were cut in the creation of these Kettle Chips, and not one flavor was dumbed down for the sake of wide market appeal.  It is this component of huge flavors that makes these chips a perfect snack to be enjoyed alone or accompanied by a variety of fine beers.  The next time you need chips for a get-together you are hosting, be sure to swing by Whole Foods Market and delight your guests with the Kettle Chips of Neal Brothers Foods.  Prost!