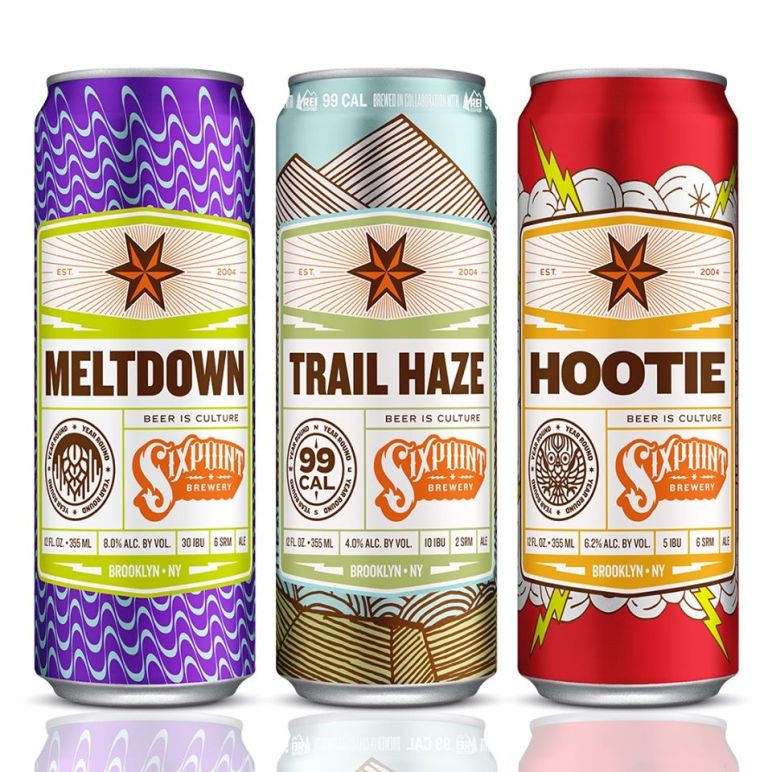 After spending the last 25 months developing and releasing over 65 beers as a part of their Small Batch innovation program, the fine folks at Sixpoint Brewery have decided to promote three top formulations to Year-Round status. Hootie Hazy IPA, Meltdown IIPA and Trail Haze Hazy Adventure IPA have all been tested by the brewery “at small scale extensively through multiple releases, incorporating feedback, and even going so far as to survey a group of ‘Super Fans’ on their opinions of the beers across several iterations.” After a few tweaks and adjustments, this is how Sixpoint describes the Year-Round versions of these three offerings (descriptions sourced directly from the brewery’s press release):

Hootie Hazy IPA, Meltdown IIPA and Trail Haze Hazy Adventure IPA are all launching in January 2020.  You can expect to find these new Year-Round offerings available in 6-packs of 12 oz. cans and on draft at craft beer-focused establishments located in Alabama, Florida, New York and throughout the rest of Sixpoint Brewery’s distribution area.  Prost! 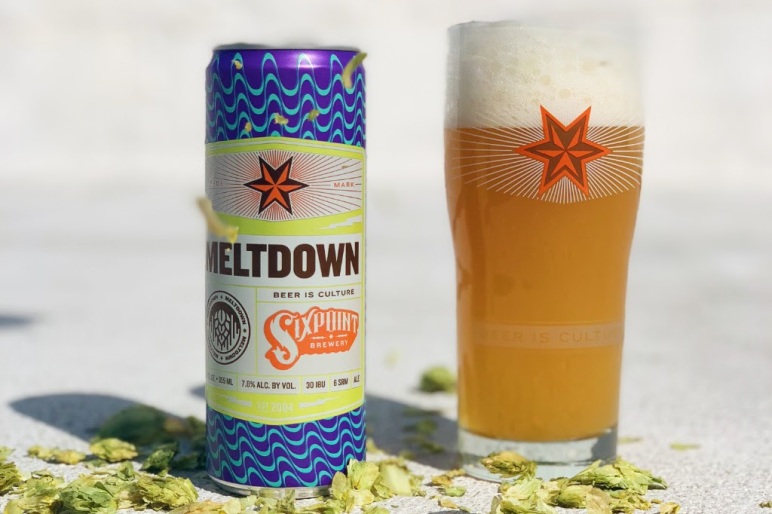 Arriving as the second release in Sixpoint’s network-wide rotational IPA series, Meltdown is a New England-style Imperial India Pale Ale that forces “tons” of Mosaic and Mandarina Bavaria hops – almost five pounds of hops per barrel – to be “heated until the solid lupulin sap is diffused into solution.”  This liquid sap intensifies the hop character, allowing the Mosaic hops to provide “a lush, ripe tropical aroma/flavor, along with some complexity often described as blueberry”, while the Mandarina Bavaria “gives the beer this unmistakable, bright orange zest aroma.”  Clocking in at 7.8% ABV and 30 IBUs, Meltdown promises to be a “lush, hazy, juicy IIPA with ripe tropical and bright citrus characteristics, and a soft, easy finish.”

“In 2018 we’ve put a tremendous effort into innovation, creating over 35 new brands this year out of our home base in Brooklyn. These beers have spanned a broad range of styles including sours, strong porters, barrel-aged goses, and New England IPAs, with the goal of pushing boundaries and creating new flavor experiences. We scaled the techniques we’ve developed through our small batch beers to create MELTDOWN, the second in a line of rotating IPAs released network-wide this past week.

Meltdown is a double New England IPA generously dry-hopped with 4 lbs per bbl of Mosaic and Mandarina hops, and bursting in aromatics and flavor. We’ve spent the better part of the past year working towards scaling our formulations to achieve national distribution with a New England Style IPA true to the roots of the style—an absolute citrus juice bomb that’s available coast-to-coast. It took some serious effort to scale it for our entire network without sacrificing any of the integrity of the beer in the process. I’m incredibly proud of the result and am excited to share this beer with you.”

Meltdown IIPA is rolling out now and is expected to hang around for a limited time.  You can find this Limited Release available in 6-packs of 12 oz. cans and on draft at select craft beer-focused retailers, bars and restaurants located in Alabama, Florida, New York and throughout the rest of Sixpoint’s distribution network.  Prost!